We have featured a few different radio which unique way to control them. Like the Rolling Cube Radio but this innovative concept for blind people designed by South Korean-born Il-Gu Cha allows you to adjust the volume and tuning by rolling the radio backwards and forwards and left to right. 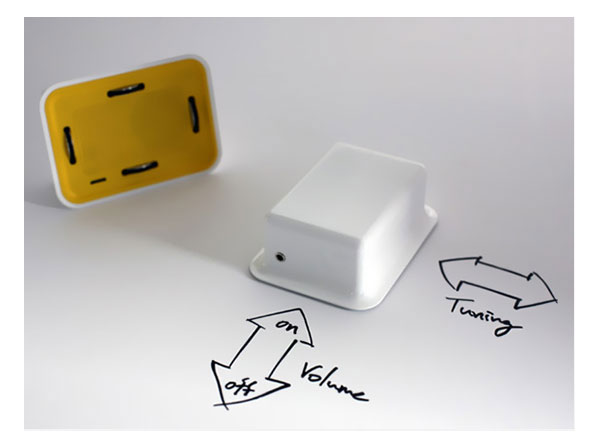 An analog radio is one of most important product for a blind people. In the using a behavior of how people manipulated rather than burying all of interaction in to the product. So adjusting radio to the right station would require a new kind of manipulation rather than simply tuning a knob.

Functionally, by using bevel gear system, I could increase a tuning range more than four times wider than before. There were too many channels in a narrow display before.