Don’t get us wrong, because Rocksmith is from Ubisoft while the late Guitar Hero was stabbed in the back by Activision.  What Rocksmith does better than similar titles is players use their own guitars. That’s right, you plug in the guitar you have at home and play this baby. 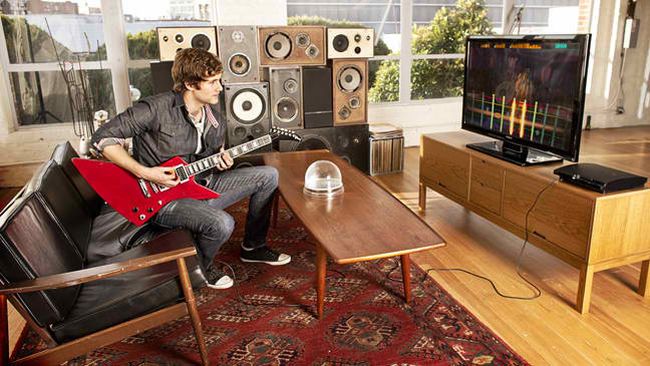 And if you can’t play guitar, no problem. Rocksmith is for newbies anyway, a music experience where actual notes are played and difficulty is adjusted to suit the player’s skill. Rather than just toy along to music, Rocksmith actually teaches the player. We can’t stress the potential of this platform enough. If Rocksmith were put in the right hands, it would be responsible for nurturing the talent of a whole new generation of guitarists. Woah.

But hold your horses, Rocksmith won’t be out until the latter half of 2011. Better save up those pennies and dimes then if you’re hankering to try it out. Think of it as the guitar teacher you never had, a space for you to learn, test what you learned, and then push the envelope.

There’s no word on pricing yet. There is, however, word that Rocksmith is talking to guitar makers for a special edition axe to be bundled with the game for a discounted price somewhere ein the neighborhood of $200.

Hopefully this Rocksmith gives dance and music games the boost it needs to recover from the catastrophic loss of Guitar Hero, whose endless add on saturated the market anyway.