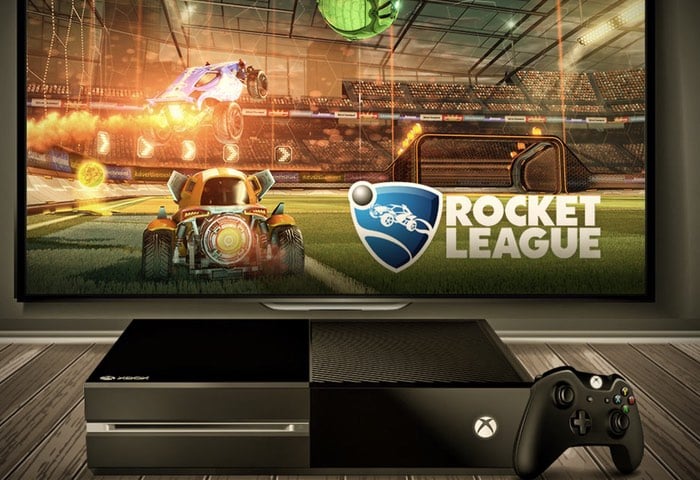 Rocket League fans will be pleased to know that the game will be launching on Microsoft’s next-generation Xbox One during February 2016. Providing Xbox next-generation gamers with the award-winning game that combines soccer and driving.

Developed by Psyonix the award-winning games arrival Xbox One was announced during The Game Awards 2015, and is currently one of the “hottest titles on PC” says Microsoft.

When Rocket League arrives on Xbox One it will bring with it to exclusive battle cars in the form of the HogSticker – an alternate version of the Warthog from the Halo universe and Armadillo – based on the the Armadillo from the Gears of War series.

Rocket League, the award winning soccer-meets-driving sensation from Psyonix is coming to Xbox One this February! Announced earlier this evening at The Game Awards 2015, Rocket League is currently one of the hottest titles on the PC and soon Xbox One gamers will be able to enjoy all of the same features, upgrades, and content found in the PC version, plus several significant additions including two Xbox One-exclusive Battle-Cars.