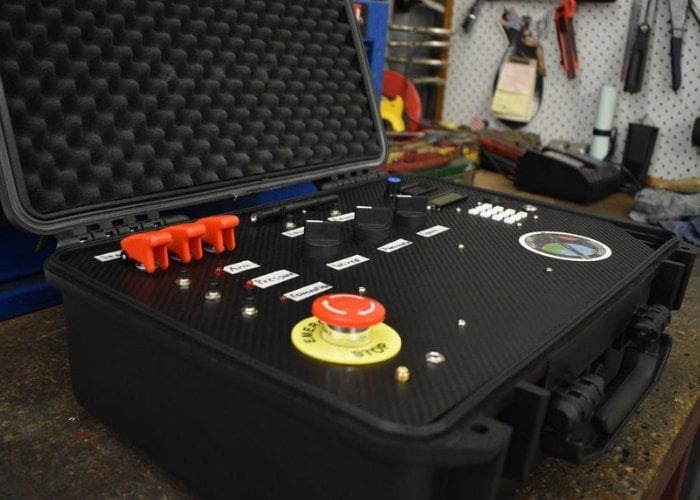 Rocket enthusiast Eddy Robinson has not only created and built his very own rocket but also a fantastically over specified rocket launch control system, which looks like something straight out of Mission Impossible.

“As part of a huge project involving model rockets I needed a controller. But like all my projects I couldn’t just stick to the basics and make a handheld single-button controller that just launches a model rocket, no, I had to go extremely overkill and make it as complicated and over the top as I could possibly think of. I did have ideas to make this even more over the top, however those ideas were a bit out of the budget for a 16 year old student.

After much research and planning I could not find any resources in the way of ‘briefcase rocket controllers’ as they are not exactly a common item, so I needed to design my own from scratch. The main part of my whole project, the rocket itself, is made from carbon fibre and looks pretty badass, so I wanted to continue this theme through to the controller, and the steel launch pad (currently incomplete).”

To learn more about the “overkill model rocket launch controller” jump over to the official Instructables project page.