Roccat has this week announced that their new Roccat ISKU FX gaming keyboard is now available to purchase worldwide for around $100.

The new Roccat ISKU FX keyboard is equipped with a new multicolour lighting system which has been designed by Roccat to provide gamers with infinite lighting possibilities for personalisation. 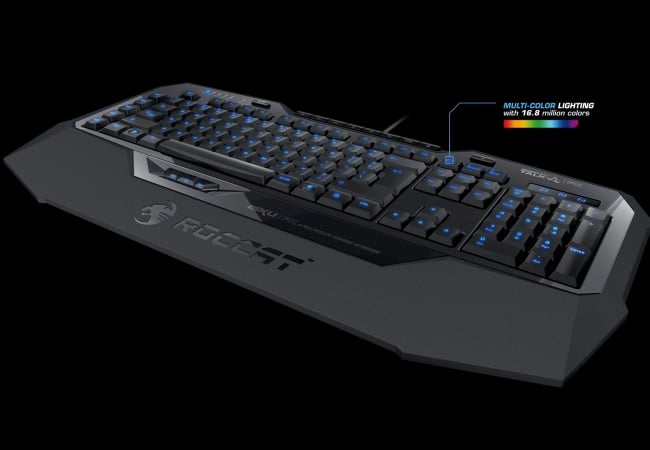 The Isku FX features off-white UV- coated keys and your choice of backlighting in 16.8 million colors and 6 adjustable brightness levels, an is equipped with Roccat Talk that allows the Isku FX Illuminated Gaming Keyboard and Roccat gaming mice to communicate with each other.

“ROCCAT Talk FX delivers the most immersive PC gaming experience to date. Highlighted by its compatibility with “World of Tanks” by Wargaming, Talk FX adjusts the lighting of your Isku FX and ROCCAT mouse in sync with in-game actions. The mouse and keyboard flash in white whenever a new round starts. If your tank gets attacked by an enemy, both devices start to flash in red.”