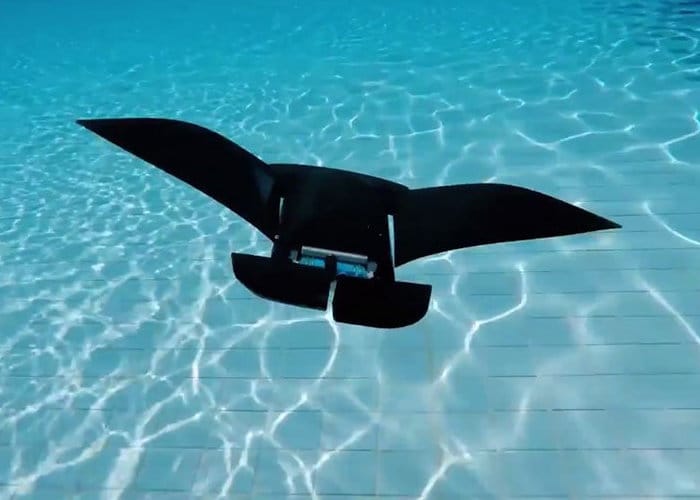 Researchers from the National University of Singapore (NUS) Department of Mechanical Engineering have unveiled a new underwater robot they have built in the form of a robotic manta ray. Created to emulate the swimming locomotion of the manta ray for research and surveillance purposes. The robotic manta ray is capable of swimming at a speed of twice its body lengths per second for up to 10 hours on a single charge, allowing researchers to carry out underwater surveillance without disturbing the natural ecosystem. 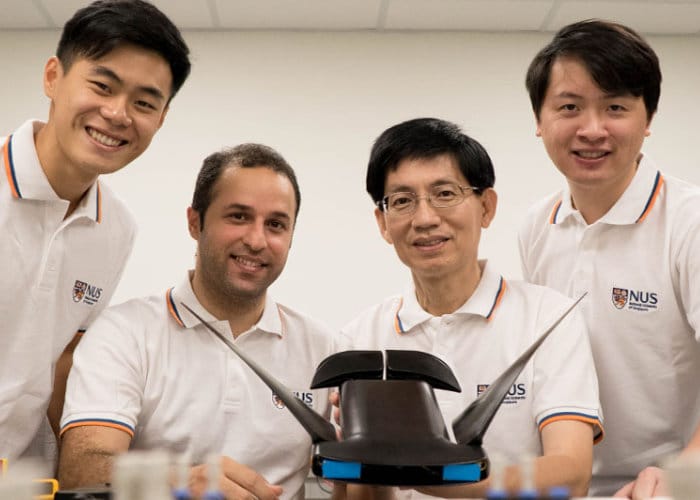 Manta rays are considered one of nature’s most efficient swimmers, possessing a unique propulsion mechanism unlike any other underwater species. Enabling them to cruise through turbulent seas effortlessly. The propulsion system of the Manta Ray has inspired many researchers to try and incorporate similar mechanisms into autonomous underwater vehicles however the team at NUS have completed the task with amazing efficiency. Watch the video below to see a quick demonstration of the swimming capabilities of the NUS robotic manta ray.

Assoc Prof Chew explains : “Unlike other flapping-based underwater robots that replicate manta ray’s flapping kinematics by using multiple motors to achieve active actuations throughout the fins, MantaDroid is powered by only one electric motor on each fin. We then let the passive flexibility of the fins interact naturally with the fluid dynamics of the water to propel the subsequent motions,” For more information jump over to the official NUSLife YouTube channel by following the link below.