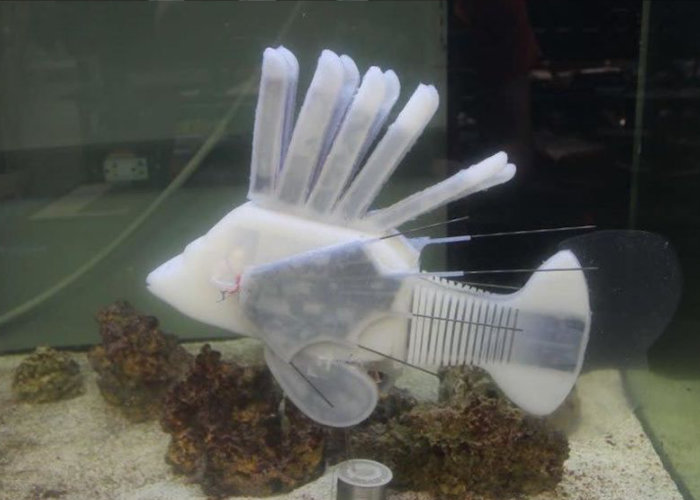 A unique robotic fish has been created that is powered by its own artificial circulatory system. The lifelike robotic lionfish has been created and developed by Cornell and researchers from the University of Pennsylvania. Check out the video below to learn more about the robotic fish and its unique liquid circulatory system which is actually the cathode of a battery built into the fish, powering two hydraulic actuators and the Arduino Uno microcontroller. 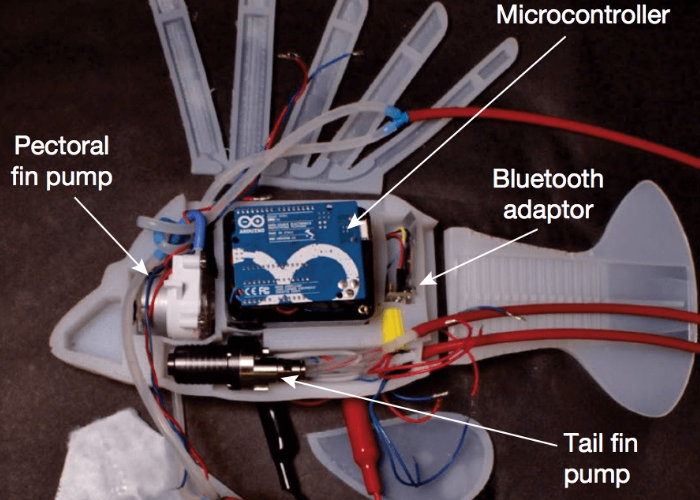 “Living things are stupendously complicated, and when we make robots (even bio-inspired robots), we mostly just try and do the best we can to match the functionality of animals, rather than the details of their structure. One exception to this is hydraulic robots, which operate on the same principle as spiders do, by pumping pressurized fluid around to move limbs. This is more of a side effect than actual bio-inspiration, though, as spiders still beat robots in that they use their blood as both a hydraulic fluid and to do everything else that blood does, like transporting nutrients and oxygen where it’s needed.”

“This fish isn’t going to win any sprints, but it’s got impressive endurance, with a maximum theoretical operating time of over 36 hours while swimming at 1.5 body lengths per, uh, minute. The key to this is in the fish’s blood, which (in addition to providing hydraulic power to soft actuators) serves as one half of a redox flow battery. The blood is a liquid triiodide cathode, which circulates past zinc cells submerged in an electrolyte. As the zinc oxidizes, it releases electrons, which power the fish’s microcontroller and pumps. The theoretical energy density of this power system is 322 watt-hours per liter, or about half of the 676 watt-hours per liter that you’ll find in the kind of lithium-ion batteries that power a Tesla.”