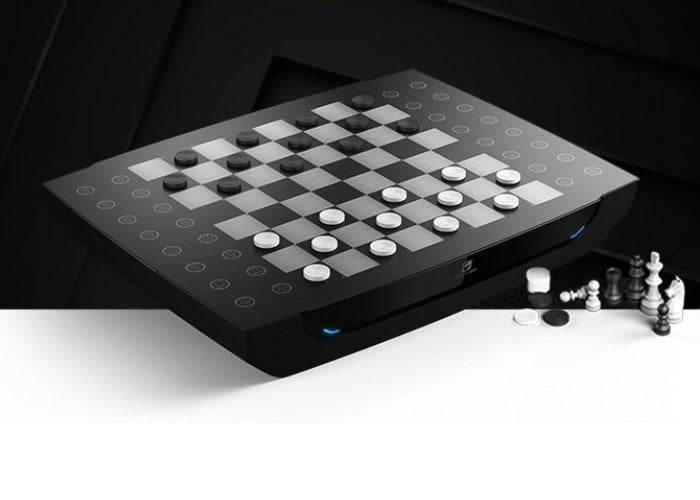 InfiVention Technologies has taken to Kickstarter to raise the required funds needed to take its artificial intelligent and robotically powered chess board games into production. With still 15 days remaining the project has raised over $350,000 thanks to nearly 2,000 backers. The robotic board games allow you to play off screen with two globally connected, automated, affordable boards that can be used to play multiple games and and include an integrated coaching system.

“We are Square Off, disrupting the rapidly growing on-screen industry which rekindled interest in traditional gaming by introducing new age connected board-gaming platforms to engage, entertain & teach users across all age groups, around the world. Play. Learn. Connect. Take your chess prowess to the next level with this affordable, automated, and state-of-the-art device. No other chessboard comes close. Play multiple board games on a single surface. The Swap gives you the power of choice and the convenience of switching between games in a matter of moments. It’s a game changer.”

Earlybird pledges were available from $99 and are now starting at $119 for the NEO, a battery-powered chess game with a wooden board. From $149 you can upgrade to the battery-powered SWAP which offers a brushed metal chessboard which can be used to play other games.