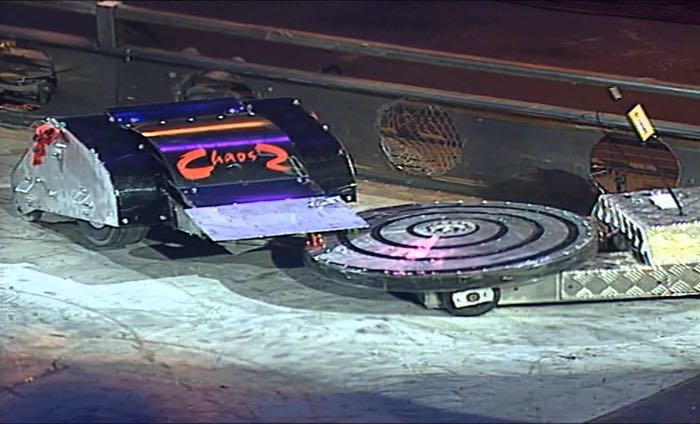 The BBC has announced that they are bringing Robot Wars back to BBC Two with a new series of the popular show.

Robot Wars first launched on the BBC back in 1998, it continued on BBC Two until February 2001, it was then moved to BBC Choice.

The shows stayed with BBC Choice until 2003, it then moved to Channel 5 where it was shown until March 2004.

The new show will feature more powerful robots than the last one, as technology has advanced considerably over the last 10 plus years.

The new series includes a raft of technological advances since the show first aired over a decade ago, and viewers can expect to see more innovative fighting machines as teams of amateur roboteers battle it out to win the coveted Robot Wars title.

The show will be recorded in a new purpose-built fighting arena in Glasgow, allowing viewers to get even closer to the action, with state-of-the-art cameras capable of capturing every crushing, sawing and scorching moment in incredible detail.

Chris Brogden, Creative Director of Entertainment at Tinopolis, says: “Bringing back Robot Wars to our screens is hugely exciting. Its return will see new and improved robots, with extraordinary innovation and power in these updated machines – it promises to be quite the competition.”

You can find out more details about the new Robot Wars TV show over at the BBC at the link below.