At CES last week a new RK3066 Android Mini PC was unveiled from the creator of the  MK802. Providing Android enthusiasts with a newly updated  dual-core 1.6GHz Cortex A9, 1GB of RAM, 4GB of built-in flash mini PC.

The RK3066 Android Mini PC is also equipped with a SD card slot for storage expansion and WiFi in b/g/n, DLNA support and Bluetooth connectivity. 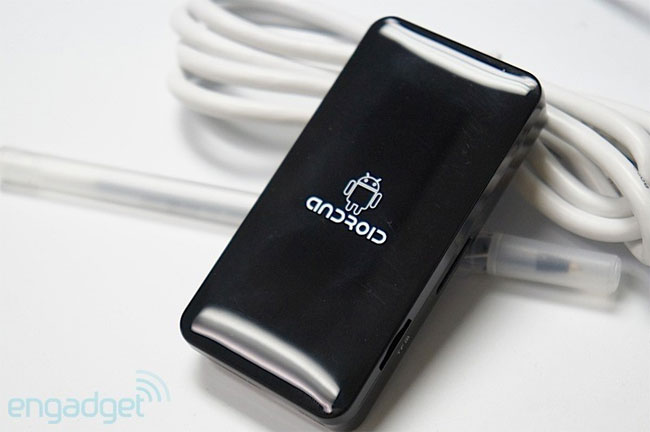 The Android RK3066 Mini PC has been designed to run Google’s latest Android 4.1 Jelly Bean operating system, and also include a full sized USB port and female HDMI port with 3.5 mm audio out. Engadget explains a little more about the new Android mini PC after being able to get their hands on one at the recent CES 2013 show.

“We took the Android Mini PC RK3066 for a spin, and quickly connected a Bluetooth remote / keyboard. In moments we were navigating Android on a large TV like it wasn’t even a thing. Performance seemed pretty good, but it’s harder to tell when you’re not working with a touch interface such as a phone or tablet. It’s fair to say that navigating Android with a pointer or mouse is a whole different ball game. Nonetheless, apps loaded quickly enough for us not to notice, and simple browsing and casual gaming seemed perfectly acceptable.”

The new RK3066 Android Mini PC will be arriving in stockists over the coming weeks and will be priced at around $55.