If you are looking for a neat little robot you can control from your iOS or Android device, you might be interested in the new RK-1 robot which has launched on Kickstarter this month.

The RK-1 robot has been created to provide users with a fun mobile robot, that uses an ad hoc wifi connection, and can be controlled using your iOS or Android device. Watch the video after the jump to learn more about the Rk-1 robot project and see it in action. 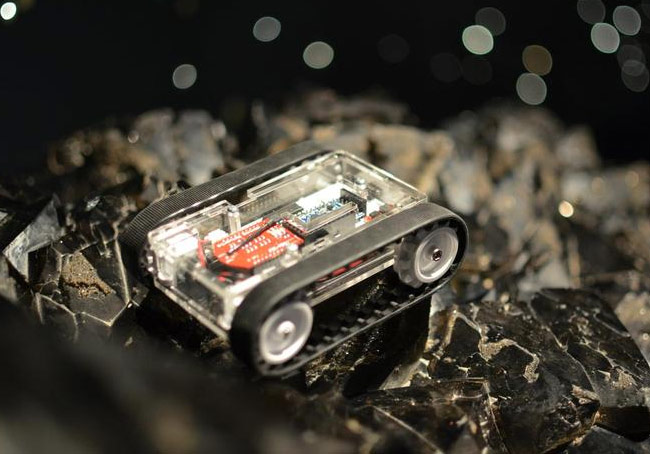 Evangelos Georgiou the designer of the RK-1 robot explains:

“The control board on the robot is built on the Arduino hardware/software architecture, which is open source, and the controller software and hardware will also be available open source. The idea is to give the community the ability to make Arduino projects mobile. There is no end to what you can do- you can add sensors and actuators to this fun little device and control it remotely.

I want to share my love of mobile robots with the community. So, I need your help, please fund me so I can develop a better control board, better robot chassis, and make some awesome software for iOS and Android devices.”