RIM has announced a new version of their BlackBerry Music gateway, and the new model comes with a range of new features which include NFC, the device also comes with a microUSB port and a it also features a 3.5mm stereo output.

The new BlackBerry Music Gateway measures 60mm by 40mm by 12mm and it weighs in at just 28 grams, and you can connect your BlackBerry device to the Music Gateway with NFC by tapping the two devices together. 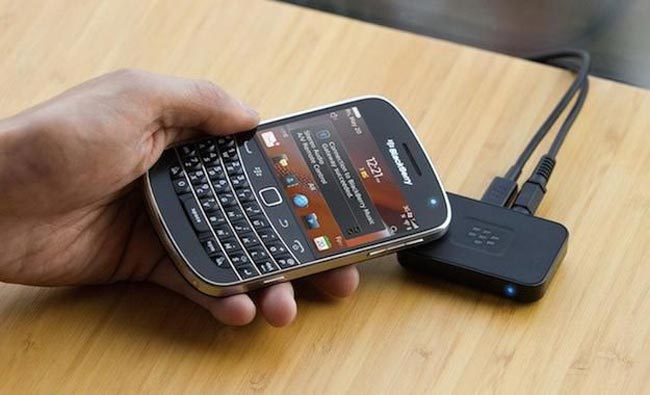 If you device doesn’t have NFC you can also connect to the BlackBerry Music Gateway via Bluetooth, it will go on sale in June for $49.99.