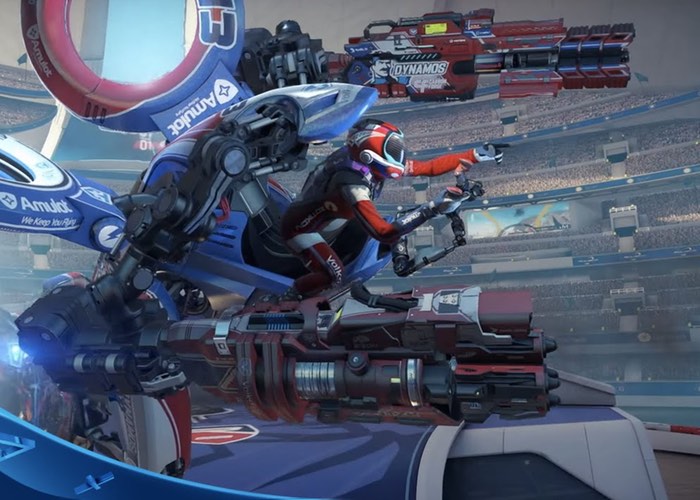 Samrat Sharma from Guerrilla Games has today revealed more details about the new single player career mode in the company’s upcoming Rigs Mechanized Combat League game, that will soon be launching alongside the PlayStation VR during October 2016.

The PlayStation VR virtual reality system will be officially launching worldwide on October 13th 2016 and will have a variety of different games to enjoy at its launch, one of which will be Rigs Mechanized Combat League.

Check out the Rigs Mechanized Combat League (RMCL) single player mode demonstrated in the three-minute trailer below. RMCL will be a PS VR exclusive and puts you in the pilot seat of an athletic fighting machine. Senior Online Producer, Sharma explains a little more about what you can expect from the game and its gaming modes.

In addition to the three-on-three online mode, which sees you team up with two other players to challenge an opposing team of three players, the game features a one-on-one online mode in which you team up with two AI pilots to challenge an opposing player backed by two AI pilots. You can have a friendly match against someone from your PSN Friends list, or play an exhibition match against a randomly selected opponent.

Rigs Mechanized Combat League also offers an extensive offline single-player experience featuring a Career Mode. In Career Mode, you and your team of AI pilots rise through the leagues as you defeat other teams, earn fame and fortune, and gain access to new Rigs and pilots. In total, there are 24 unique Rigs to unlock, each with their own style of play. While climbing the ranks in Career Mode you will also impress sponsors and obtain exclusive sponsorship deals, liveries, and pilot outfits.

For more information on the new Rigs Mechanized Combat League jump over to the official PlayStation Blog website for details by following the link below.