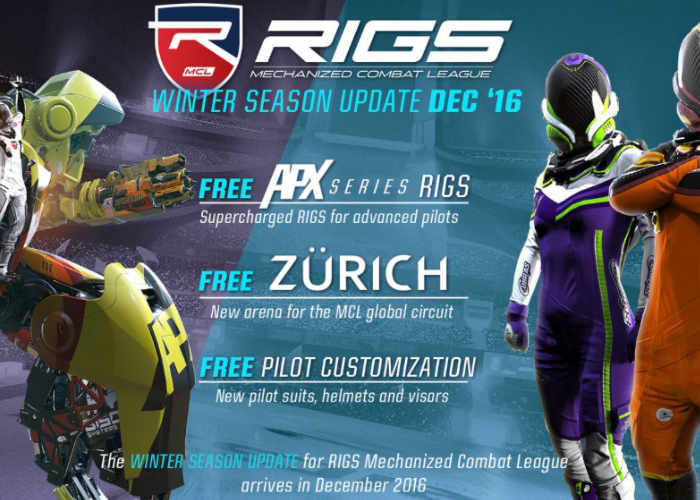 Check out the video below to learn more about the PlayStation VR exclusive game which will be receiving its winter season update next month, which will bring with it a number of new features, tweaks and enhancements.

New APX Rigs : Faster and more agile than the standard chassis types, APX Rigs will have a lower armor rating to ensure that they don’t have an unfair advantage over the standard models. We anticipate that the APX Rigs will quickly become fan favorites for seasoned players.

New Zurich Arena : Introducing the first European arena on the global Rigs circuit! This Arena is an extension of the Rigs HQ Complex, and offers a balanced layout with a clear overview for the Tempest class and plenty of tunnels for the Hunter class. Skillful use of shields will prove essential when trying to reach the goal during a PowerSlam match. Zurich will make a first appearance at PlayStation Experience this year, for those of you who will be attending the show will have a chance to be one of the first to play in this Arena.

New Weekly Trials Series : Every week we’ll be presenting players with a series of trials to compete in. Successful completion is rewarded with in-game credits, fame, and exclusive customization items.