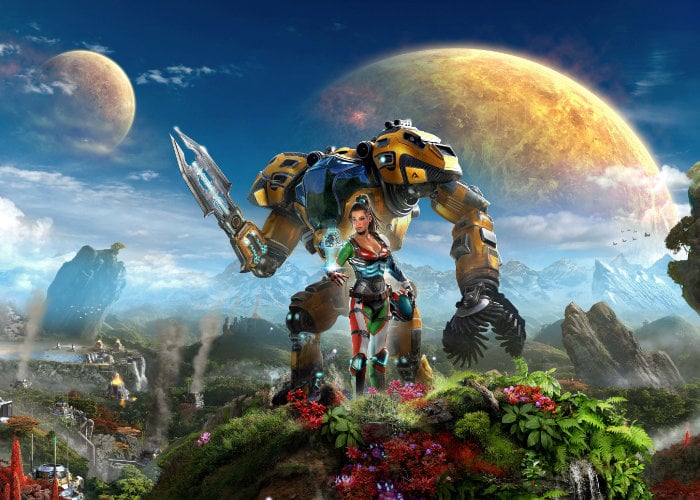 New details about the upcoming Riftbreaker game have been released by developer EXOR Studios this week providing a little more insight into the base building RPG which will be launching later this year. Applications for the Alpha 2 development stage are currently being accepted, so if you are interested in taking part jump over to the official Discord channel to register your interest.

“The Riftbreaker is a base-building, survival game with Action-RPG elements. You are an elite scientist/commando inside an advanced Mecha-Suit capable of dimensional rift travel. Hack & slash countless enemies. Build up your base, collect samples and research new inventions to survive. You play the role of captain Ashley S. Nowak – you are the Riftbreaker, an elite scientist/commando inside a powerful Mecha-Suit. Enter a one-way portal to Galatea 37, a distant planet at the far reaches of the Milky Way Galaxy, with the purpose of building up a base that will allow travel back to Earth and further colonization. Ashley’s Mecha-suit, which she calls “Mr. Riggs”, can withstand the harshest environmental conditions and has a full range of equipment for base construction, resource extraction, gathering specimens and of course – combat. It is capable of traveling through rifts that connect space across vast distances.”

Features of the Riftbreaker game include :

– Enjoy new customisable streaming features and engage your fans to influence your playthrough even more
– Adjust the game to your personal needs with custom and random difficulty modes
– Equip yourself with the Treasure Detector—an item that adds a whole new gameplay layer of searching for
– Buried resources through a “hot ‘n’ cold” mechanic
– Explore new surfaces and see how your character reacts when stepping on the ground, metal floor, sand or mud
– Build more power plants, floors, entirely new structures and upgrade your towers and walls
– Craft new weapons like a Plasma Gun, High Powered Laser and more.
– New critical hit system
– Overcome improved, more powerful enemies
– New weather system with gameplay changing events like meteor showers, storms, tornadoes and others
– A lot of new tweaks and improvements to the current features