The RFID Radio by Matt brown uses a built in RFID tag that can be programmed to a specific radio station, when the RFID Radio is placed near a speaker with an RFID reader the radio will change the station and play the music though the speaker. 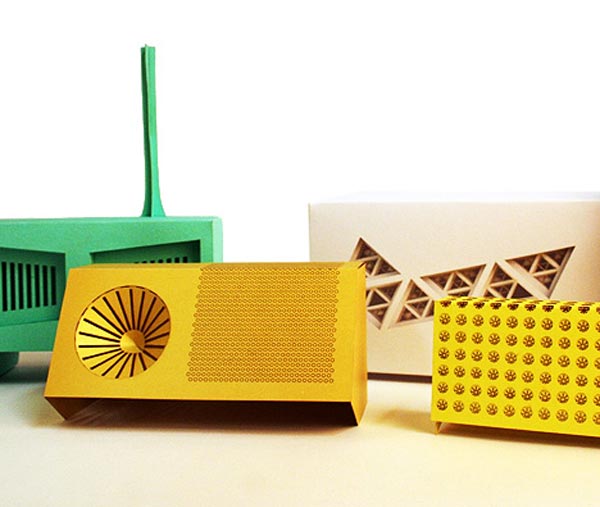 The RFID Radio’s are made from laser cut paper, and are designed to be used by musicians, charities and designers.

The radios themselves are designed by musicians, charities, brands, and designers. When the paper radio is placed over the speaker it changes the radio station to what the artist has chosen. Other noises and interactions can be programmed in as well.

It certainly sound like an interesting idea, the the radios l0ok really cool.