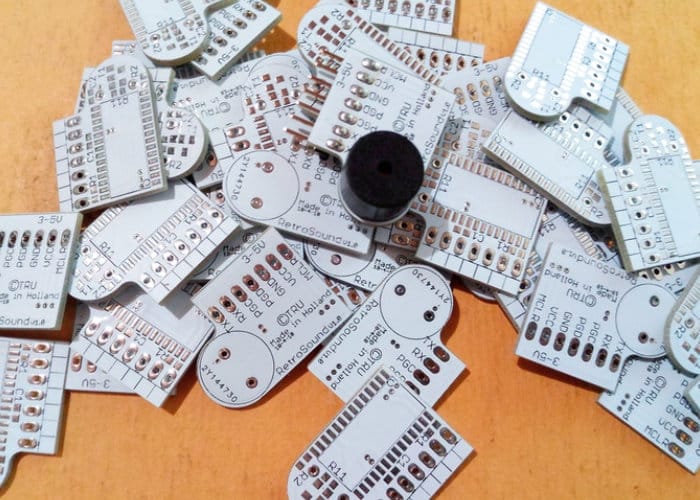 Makers, developers and hobbyists searching for a way to create old school sounds may be interested in a new sound module created by Thijs Ruiter and aptly named RetroSound. The small sound module allows you to easily add sounds to your existing project. “Using sounds in your software can use space, time and it gives you other issues. For beginners, it is not easy to play a melody while the code is doing other things. Timers, interrupts, etc. are necessary which are not so easy for beginners in code writing.”

Check out the demonstration video below to learn more about the RetroSound sound module which has this week launched via Kickstarter with the aim of raising just €650 to make the jump into production. RetroSound Is available to back with early bird pledges available from just €9 or roughly £8.

“I have made tons of electronic projects in my life with Arduino, microchip microcontrollers, Raspberry PI, Computers and own designed products. But every time I ended up with the same problem. How to involve an easy way of playing sounds to wake you up in the morning? For example to notify you that the process has finished, to celebrate a new measurement result, to play your birthday song in the morning of your birthday or to warn you about a fire in the house.” For more details jump over to the official RetroSound crowdfunding campaign page for a full list of all available pledges and delivery options which are expected to start during September 2018.