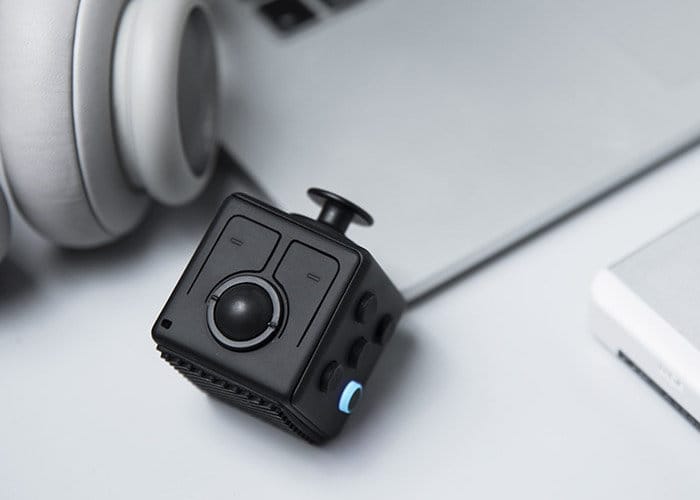 Taking the fidget cube to the next level Masta Box has created the world’s first fidget controller which is capable of interacting with both Mac and Windows operating systems providing an easy way to control a wide variety of different operations. Watch the demonstration video below to learn more about the fidget controller which is this week launched via Kickstarter to raise the required funds needed to make the jump into production.

The Masta Box fidget controller is now available to early bird backers with pledges starting from just $26 and worldwide delivery expected to take place during November 2018. “Fidgeters of the world unite! Introducing Masta Box, a fidget gadget that will change the way you think about fidget toys forever! Masta Box is an Air Mouse, a Joystick, a Presenter (with Laser Pointer) and a Micro SD card reader.”

“At Masta Box, we are all certified Class-A fidgeters. Fidgeters get attached to their little fidget toys and bring them everywhere they go. That’s why we make Masta Box. It saves us from packing another device by combining a seemingly simple fidget cube with the functions of a universal Bluetooth controller. With Masta Box, you can do many cool and useful things both at home and at work.”

For full specifications and a list of all available pledges jump over to the official Kickstarter crowdfunding campaign page via the link below.