Over the summer Google made a tweak to their Gmail service that’s great for consumers, but not so hot for businesses. Google compartmentalized the users’ inbox into separate folders that organize your emails according to why they’re being sent. Specifically, promotional material is all thrown in one location.

Email is still a major marketing cash cow for many retailers. Millions a day are hooked by various sales emails that crop up in their email accounts. Less people are seeing these emails than before due to Gmail’s latest tweak, which means fewer profits for businesses. 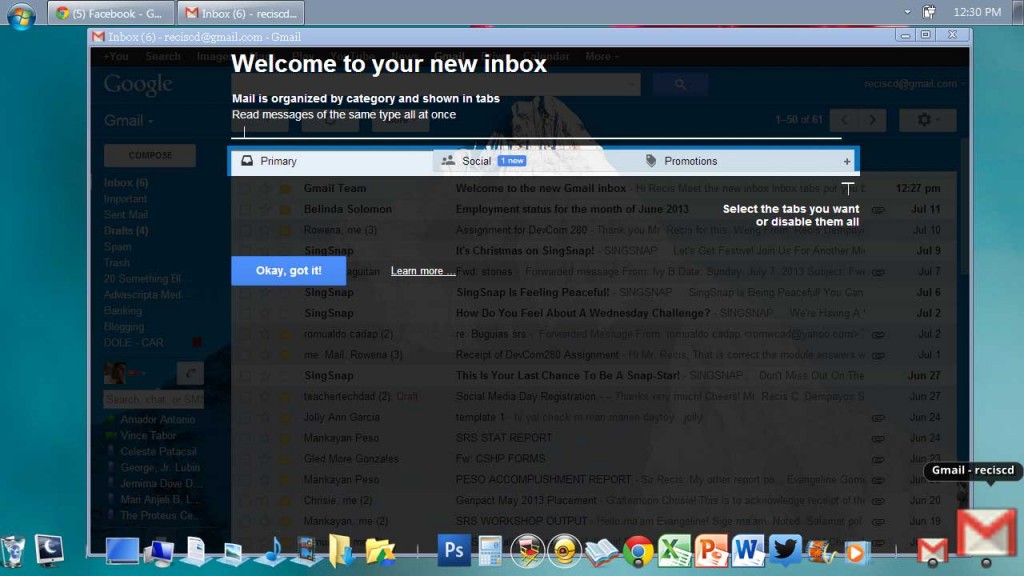 I don’t use Gmail, but it sounds great for the average Joe. I’ve never bought a damn thing because of the spam that gets sent to my email address, but then again I never bother looking at the emails anyway.

Businesses need to look at this as a sign of the times changing. It’s time to move on from these annoying marketing campaigns and start creating new marketing tactics. That isn’t to say they shouldn’t still market via email, they just shouldn’t rely on it so much.

Besides, it’s not like the mass majority of people use Gmail anyway. I have three gmail accounts and I don’t use any of them habitually in any sort of capacity.

What do you think retailers can do to make up for the loss of marketing efficiency?