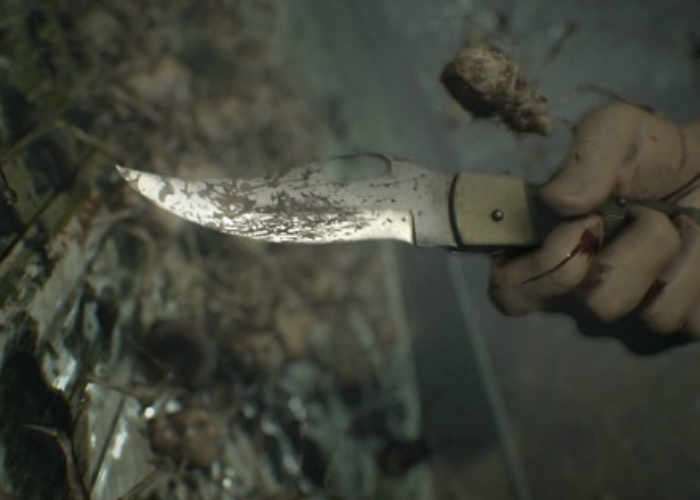 Now the new Resident Evil 7 game is available to play one intrepid and masterful player has been able to conquer the game on the hardest difficulty using just the pocketknife.

Check out the 3.5 hour speed run below to see the difficulties encountered by YouTuber Quizzle who has completed the game in an excellent time even without firing a single shot.

Resident Evil 7: Biohazard is a survival horror video game developed and published by Capcom and is available to play on PC, PlayStation 4, and Xbox One.

The story follows Ethan Winters as he searches for his wife Mia, which leads him to a derelict plantation inhabited by the Baker family. Ethan makes use of weapons and tools in the fight against the Baker family and creatures known as the “Molded”. Healing herbs are used in the event of injury and there are puzzles that may be solved to further the story. Instead of being action-oriented, the survival horror element present in earlier installments took priority. Thus, it was decided that a first-person perspective be included. It was developed in the RE Engine, with over half of the assets created with photogrammetry.