Renault has released a video  and some photos of a new Aline concept supercar, the Renault Alpine A110-50, and the company unveiled this new concept carat this years Monaco Grand Prix which took place over the weekend.

The Renault A110-50 takes its design inspiration and styling from the Renault DeZir concept that was shown off a few years ago, it will have a 24 valve V6 engine and is capable of around 400 hp. 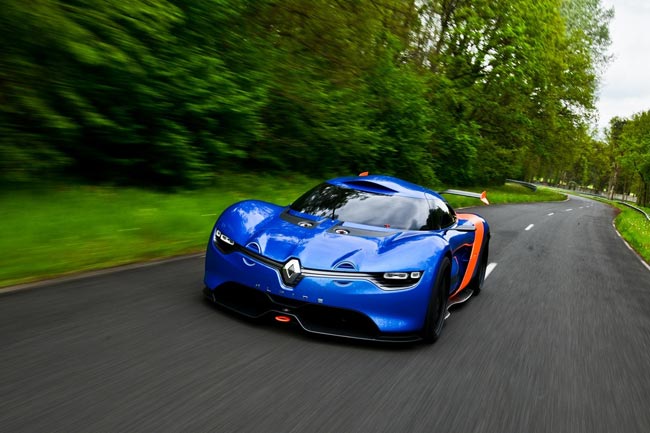 Renault have yet to announced whether or not they will put the Renault A110-50 into production, they will apparent,y decide later this year if it is to be made into a real car.