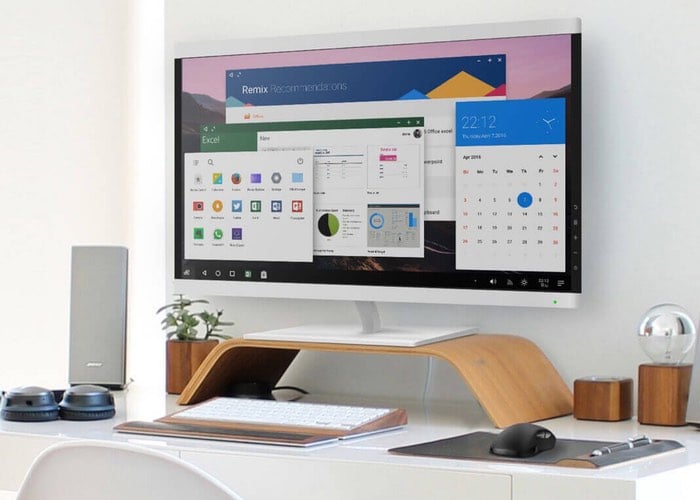 Jide the creators of Remix OS, the operating system based on Google’s Android which has been tweaked to provide an Android desktop environment for both 32-bit and 64-bit desktop and laptop PCs.

Have this week announced they will be rolling out a major update to their Remix OS for PC release in the form of Remix OS 3.0. Which will now be based on Android 6.0 rather than the older Android 5.1 which the operating system was previously based on.

The latest release of Remix OS for PC includes additional support for hardware such as NVIDIA and AMD graphics cards as well as providing enhanced multi-window features such as.

– A new button that lets you resize a window specifically to accommodate the app’s content, so the layout shouldn’t look funky.
– You can now drag any edge of an app window to resize it. Previously you could only do this from the top.
– When you hit the maximize button for video apps, they’ll now run in full-screen mode, which means you won’t see a frame around the window.

Jidda explains more about the Remix OS for PC :

Remix OS for PC allows you to run our PC optimized version of Android on any computer. Through a simple and quick setup process, enjoy millions of Android apps and games on your PC alongside the many intuitive and amazing PC features we’ve engineered into Remix OS.

We’ve benchmarked Remix OS for PC’s performance against some of the best alternatives in the business. And quite honestly, nothing comes remotely close. This means your favorite games will not only look bigger on a PC screen, they will also perform better than ever.

Remix OS for PC can breathe new life into old hardware. Save money and time with Remix OS for PC. Whether you’re editing a PowerPoint, watching a TV show on Netflix, or playing Clash Royale, Remix OS’ Android app ecosystem always has something for exactly what you need and want to do.

Visit the official Jide website for details on all the different versions of Remix OS currently available.