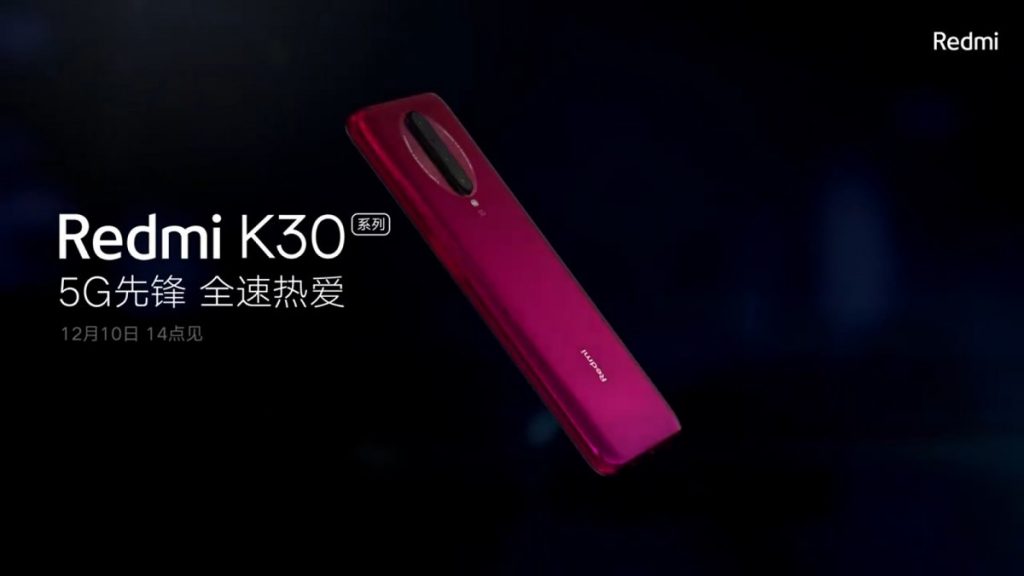 The Redmi K30 Android smartphone will be made official tomorrow and now some press shots of the handset has been revealed.

The photos confirm that the K30 will be available in a choice of four different colors at launch, these will include, Blue, Purple, Red and White.

The handset is rumored to feature a 6.66 inch LCD display with a Full HD resolution and a 20:9 aspect ratio, the device will come with a Snapdragon 730 processor and 6GB of RAM.