Anyone who has been waiting for the next generation of YotaPhone to be unveiled will be pleased to know that a new prototype device has been unveiled at this week’s Mobile World Congress (MWC) exhibition in Barcelona.

Late last year the original YotaPhone was released for €499 and was equipped with dual screens, however the specifications of the screens and device left it lacking in a number of important areas. 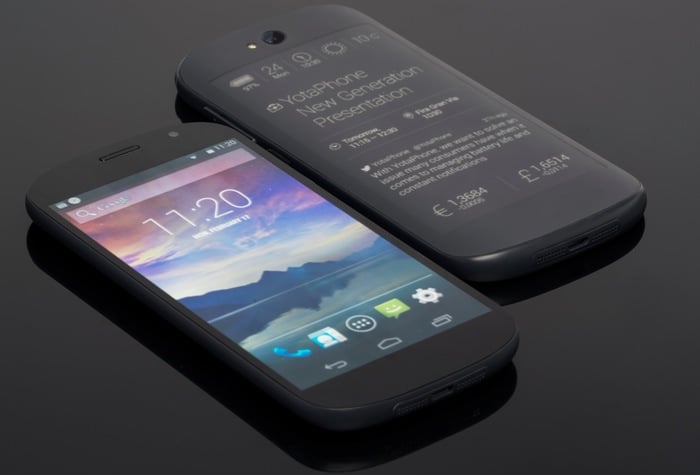 The now fully redesigned dual screen YotaPhone smartphone looks to correct this and now offers users a more rounded case design together with a 4.7-inch E-Ink display on the rear of the device that is now fully touch sensitive.

The always on E-Ink screen has been added to provide a way to always be able to check your latest calls, texts, emails, and tweets, without compromising the battery life of the smartphone. On the front of the YotaPhone smartphone is a 5-inch AMOLED display offering a full HD 1080p resolution all powered by a 2.3GHz Snapdragon 800 processor running Google’s Android operating system. 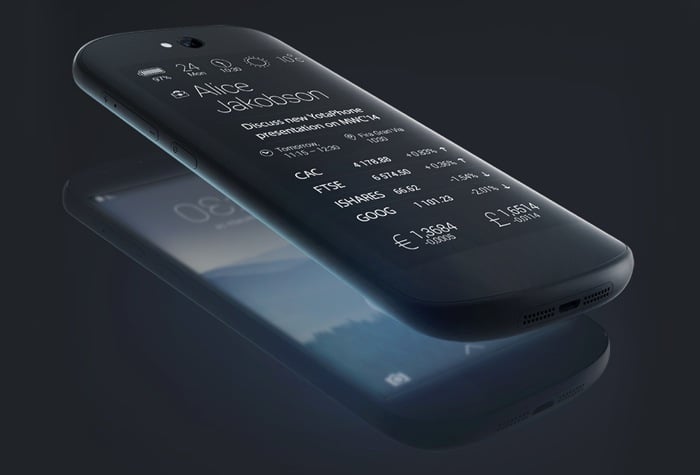 The device on show at the MWC 2014 event is just a prototype so no details on pricing or worldwide availability have been announced for the new next-generation YotaPhone, but as more information is released by its creators we will keep you updated as always.