Currently, Nexus 5 is available in Black and White colors only, but it seems more options will soon make their way to the stores.

According to a series of leaks from a Twitter user, who goes by the name of artyomstar on Twitter, a Nexus 5 with a red paint job may soon hit the shelves. He posted some images of the retail packing of the Red Nexus 5, but he failed to provide users with an exact launch date. 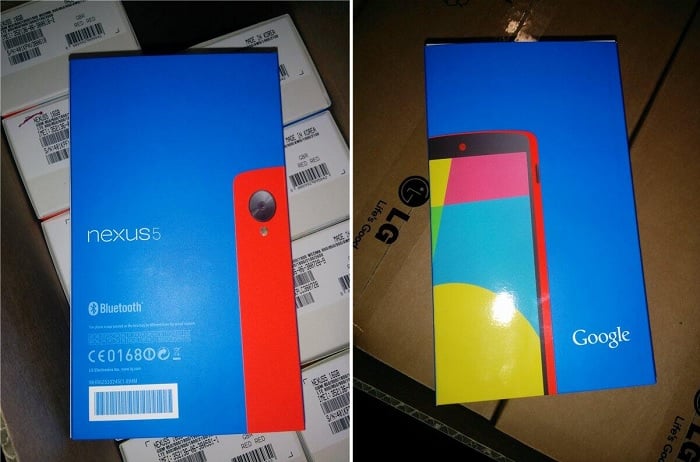 The rumors about various color combinations were circulating on the internet from sometime, but they lacked proof, and look fake most of the time. However, these retail packings looks legit enough, and suggests the new color might hit retail in the coming weeks.

In terms of specifications, it should bring anything extra and will carry the same specs. In case you can’t recall, the handset comes with a 4.95-inch display with 1080p resolution, a quad-core Snapdragon 800 SoC with a clock speed of 2.3GHz, 2GB of RAM, 16/32GB storage, 8MP camera with optical image stabilization, 2,300 mAh battery and runs Android 4.4 KitKat pre-installed out of the box.

The handset retails for $349 for the 16GB version while the 32GB version costs $399. Are you going to get the Google Nexus 5 in Red, if it comes out? Share your thoughts in the comments below.