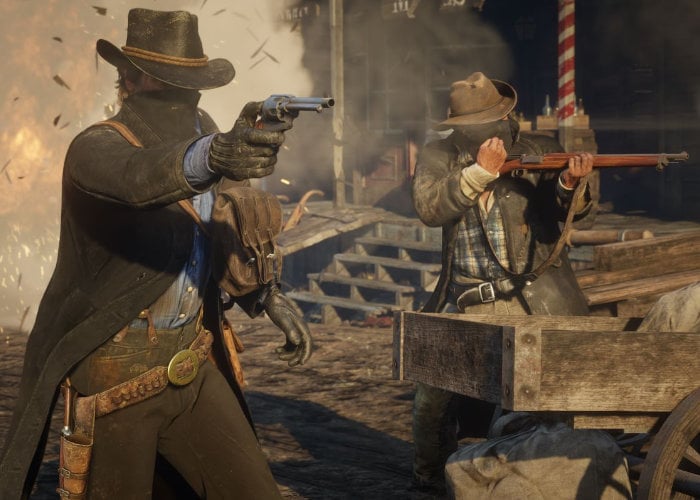 Gamers patiently waiting to start playing the highly anticipated Red Dead Redemption 2 game currently under development by Rockstar Games, will be pleased to know that the official Microsoft Store has this week published new details on what you can expect when you preorder the new Red Dead Redemption 2, western inspired action role-playing game.

Unfortunately the details have been removed by Microsoft and preorders are not opened just yet ahead of the game’s official launch on October 26th, 2018, but you will be pleased to know the details are published below for your enjoyment.

“Pre-Order Red Dead Redemption 2 to get:

In addition, pre-order by July 31, 2018 to get an exclusive Treasure Map for Red Dead Redemption 2 Story Mode.
America, 1899. The end of the wild west era has begun as lawmen hunt down the last remaining outlaw gangs. Those who will not surrender or succumb are killed.

After a robbery goes badly wrong in the western town of Blackwater, Arthur Morgan and the Van der Linde gang are forced to flee. With federal agents and the best bounty hunters in the nation massing on their heels, the gang must rob, steal and fight their way across the rugged heartland of America in order to survive. As deepening internal divisions threaten to tear the gang apart, Arthur must make a choice between his own ideals and loyalty to the gang who raised him.