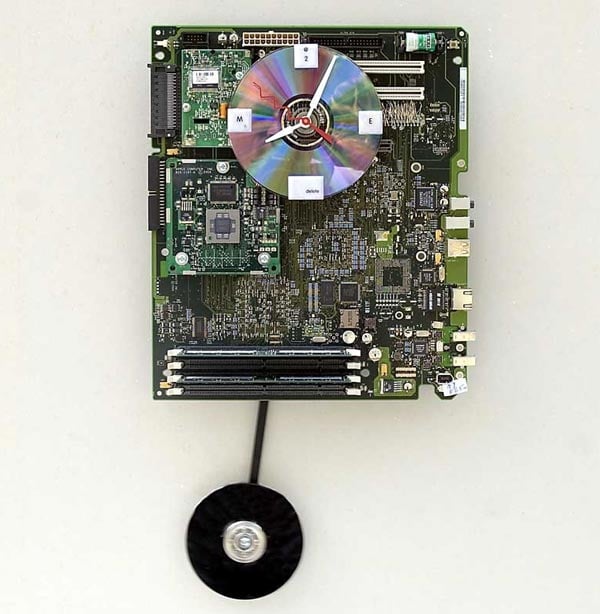 It features a pendulum which is made from a recycled hard drive, and it runs off 2 x AA batteries.

The Apple Mac G4 Motherboard Clock would make a great addition to any geeks office or apartment, if you want one it is available for $65 from Etsy.