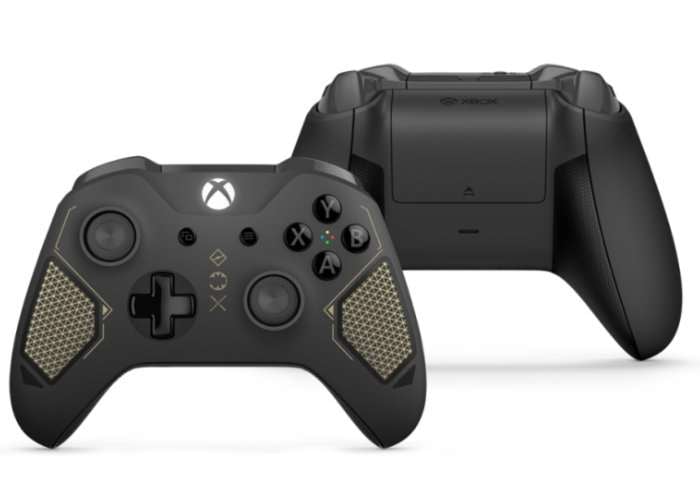 Microsoft this week unveiled a new addition to their range of Xbox wireless controllers with the launch of the new Recon Tech Special Edition which is now available to preorder priced at $70 and will start shipping on April 25th, 2017.

The release of the new wireless Xbox controller is in preparation for the upcoming launch of the highly anticipated new Xbox games console in the form of Project Scorpio which features 6 teraflops of graphical processing power, true 4K gaming, and compatibility with existing Xbox One games and accessories.

Microsoft explains a little more about what you can expect from the Recon Tech Special Edition Xbox Wireless Controller :

In developing this new controller series, the Xbox team was inspired by military technology and performance patterns, exploring concepts stemming from combat armor and sci-fi mechanical gear. Premium finishes like a laser etched texture on the front, gold accents and insignia are on the front of the controller. The back of the controller features textured diamond rubberized grip for added control and comfort.

This specialized controller also has the same features you know and love of the Xbox Wireless Controller, including improved wireless range and Bluetooth technology for gaming on Windows 10 devices or Samsung Gear VR. You can also take advantage of the custom button-mapping feature through the Xbox Accessories App, available for download from the Xbox Store or Windows Store.

A great way to use this new controller on your Xbox One is with Copilot – a new console feature that allows any two Xbox Wireless Controllers act as if they were one. As part of our commitment to enhancing gaming for everyone, Copilot makes Xbox One more inviting and fun for new gamers or those needing assistance — whether it’s parents who want to help their kids play, experienced gamers looking to play with novice players, or gamers who need unique configurations to play (e.g. with hands apart, hand and chin, hand and foot, etc.). The Copilot feature will be available through the Creators Update later this year.