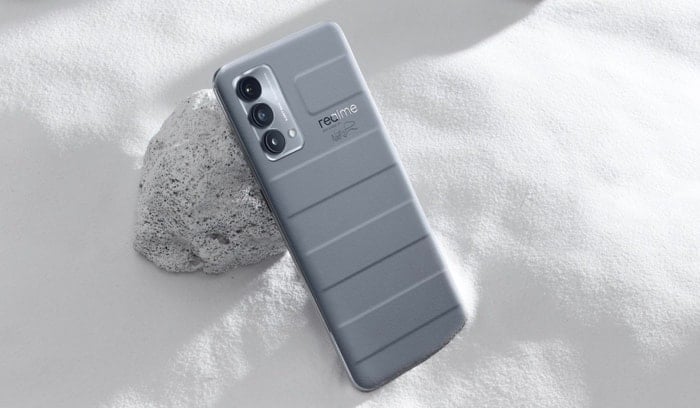 The new Realme GT Master Edition smartphone was made official recently, it has now gone on sale globally and is available in Europe as well as other countries.

The handset will retail for €349 in Europe although it is available for an early bird price of €299 at launch, the device comes in three colors, Lunar White, Cosmos Black, Voyager Gray.

The new Realme GT Master Edition comes with a Qualcomm Snapdragon 870 processor and a choice of 8GB or 12GB of RM and 128GB or 256GB of included storage.

The handset comes with a 6.43 inch Super AMOLED display with a FHD+ resolution and it features a4300 mAh battery and fast charging.

The device comes with a range of camera which include three on the back and one up front. On the rear of the Realme GT there is a 64 megapixel main camera, an 8 megapixel ultrawide camera and a 2 megapixel macro camera. On the front of the handset there is a 32 megapixel camera which has been designed for taking Selfies and making video calls.