Way back at the end of June some really awesome and street legal full replicas of the Tron Lightcycles from the new flick surfaced on eBay. At the time, the things were going for $35,000 each and there were five up for sale. It seems only one of the bikes sold at $35,000 on eBay. 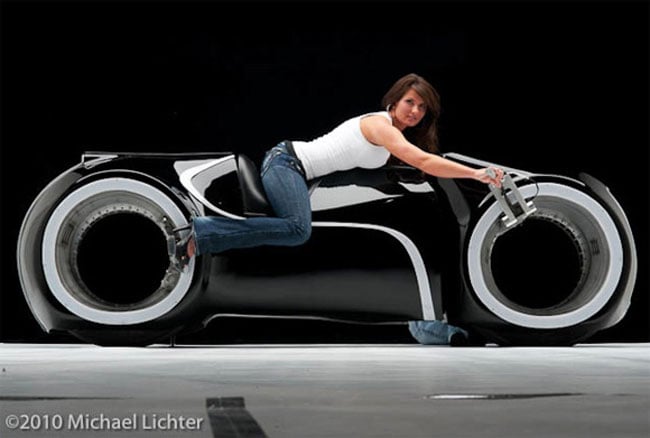 The other four bikes are still available and the price has gone up to $55,000 each. If you still want one you can get one of them now and a video of the thing being ridden has surfaced along with the bikes. I can say from watching the video that not only does the music suck, but the sound from the V-Twin engine used is all wrong for the thing.

The bikes also look like they are very hard to ride despite being street legal. It appears that the bike won’t lean very far. Maybe it’s just the video. I still want one and I am going to buy a lottery ticket right now. If I win, I want the one with the hot chick on it.