Fans of Valve’s Portal series of games will appreciate this real-life Portal Turret gun which has been created by YouTube users kss5095 for his Advanced Mechatronics class at Penn State University. Combining motion tracking cameras and dual Nerf guns to keep intruders at bay. Watch the video after the jump to see it in action. 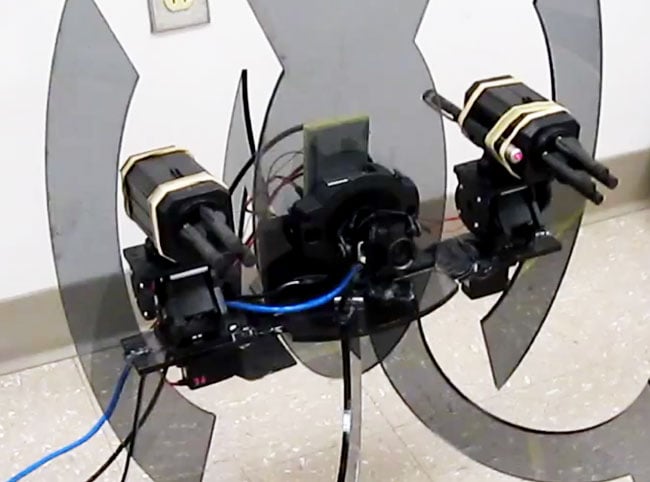 The Portal Turret has been built on a skeleton frame and is equipped with a IP webcam to track a target, and fire nerf bullets at anyone who passes infront of it. The processing within the Portal Turret is provided by a little Arduino wizardry and MATLAB programming. Its creator is now in the process of moulding a shell for the working Turret to finish the design off and make it look exactly like the Portal Turrets from the games.