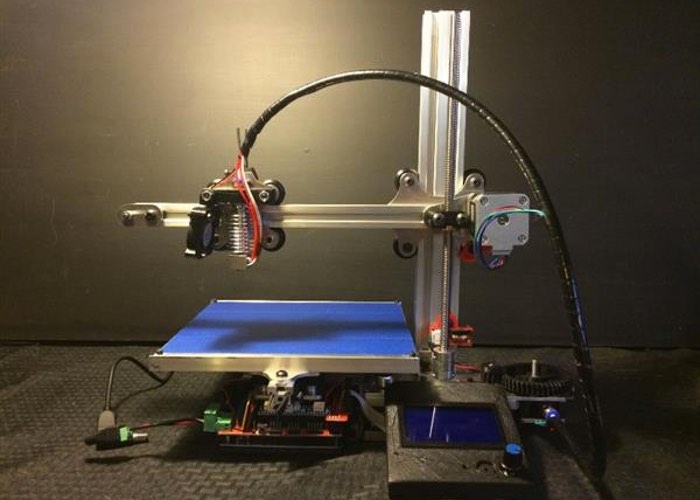 Anyone looking for a desktop 3D printer and CNC milling machine may be interested in a new system called the Reach 3D which will soon be launching via the Kickstarter crowdfunding website and will be available to back with pledges starting from just $249.

Developer Nate Rogers the creator of the Fusion 3D printer back in December 2015, which was also launched via a successful crowdfunding campaign in small quantities is once again looking to launch his the new and improved system into production via backing.

Having built 4 unique 3D printers, he has become obsessed with finding a quality, reliable 3D printer that can be modified as much as you want, but doesn’t cost thousands. He is therefore also an integral part of the RepRap movement, but weak plastic or rod frames never satisfied him over the past six years.

Having taken matters into his own hands, he is now ready to take all his experience to the Reach 3D printer. “I’ve sold 20 Prototypes of my [Fusion] printer, and made several changes throughout. With so many variables solved, and the help of the Kickstarter community, the Reach 3D Printer should prove to be a great success,” he says. “I want to make 3D printing more available to the world, giving more people access to a less expensive, open-source printer that is easily modifiable for Laser Cutting and possibly Light Milling.

AS soon as the project launches via the Kickstarter crowdfunding campaign website we will keep you updated as always allow you to get first to make a pledge.