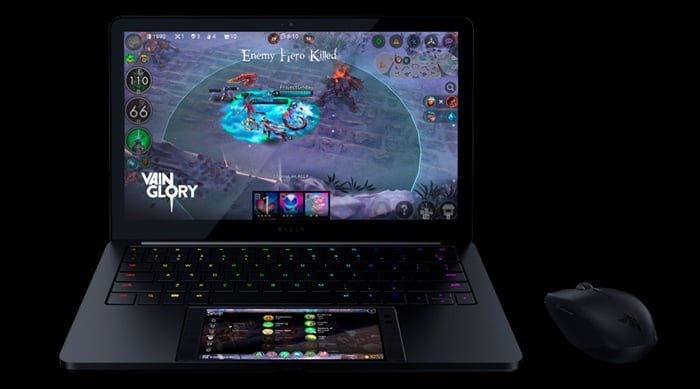 Razer launched their new Razer Phone back in November of last year and now the company has announced a new accessory for the handset, the Razer Project Linda concept.

The Razer Project Linda concept is basically a dock for your Razer Phone that turns the smartphone into a laptop. The device comes with a full sized keyboard and it comes with a 13.3 inch display which is a touchscreen and has a Quad HD resolution like smartphone.

The device also comes with a USB C port which charges the smartphone whilst it is docked and the laptop dock features a 720p web camera and more. As well as the keyboard the device can be used with a mouse, so basically you get the same functions as you would on a standard notebook.

The Razer Project Linda concept is just a concept at the moment, the company is showing the device off at CES 2018 this week, have a look at the video below.