Razer has unveiled a number of new products at this years CES 2014 Consumer Electronics Show in Las Vegas, as well as their new gaming system concept in the form of the awesome looking Razer Project Christine, a modular computer system to make upgrading and expansion even easier.

Razer has also announced the launch of their new Razer Nabu Smartband designed to provide users with the ability to track selected personal information as well as receive notifications on the wrist directly from their smartphone. 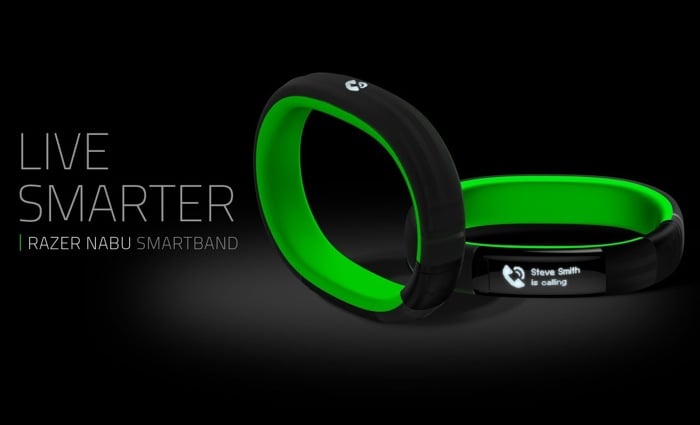 The new Razer Nabu is an open source platform that can be used by developers of third-party applications to expand the Razer Nabu features and functionality for users to enjoy. The Razer Nabu has three core features that include : notifications, advanced sensors and social interaction technology. Min-Liang Tan, Razer co-founder, CEO and creative director explains a little more about a their new Razer Nabu smart device.

“Smart watches in their current form are too bulky and fitness trackers are easily forgotten after the initial novelty wears off – we have fixed all of that,”

“The Razer Nabu provides a revolutionary new platform that bridges the divide between so-called smart watches and fitness bands. It delivers only the information you need, collects data that you want, and deepens your social interactions. Most excitingly, with our open platform, developers can utilize data collected by the Nabu to deliver incredible experiences to individuals via mobile or desktop apps – social or otherwise.”

The Razer Nabu will be officially launching in the next couple of months and will be priced at $49 for developers, a consumer prices is yet to be announced. Check out the video below to learn more about this interesting new smart device created by Razer, or jump over to their official website for full specifications and details about its development.