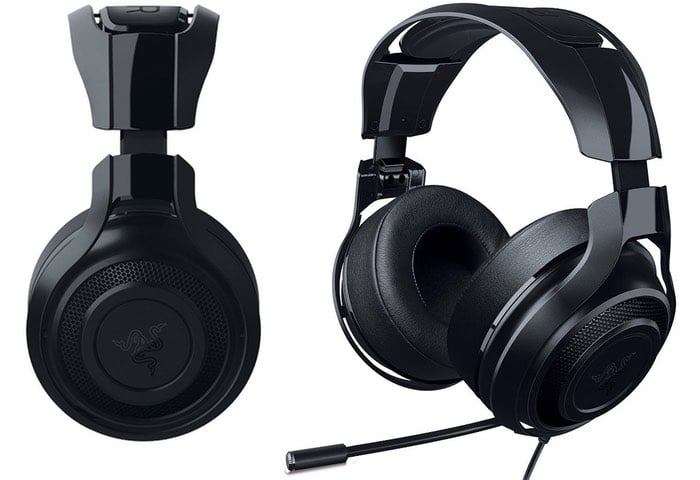 After unveiling their new wired gaming headset a few months ago, Razer has today officially launched the ManO’War 7.1 price at $120 or €135. The Razer new gaming headset is now available to preorder with shipping expected to take place next month during October 2016.

Immerse yourself in the game with complete wireless freedom featuring the Razer ManO’War wireless PC gaming headset with gaming grade lag-free 2.4 GHz wireless technology. Hear every detail, every position of your enemy when you have high-performance 50 mm Neodymium magnet drivers and immersive 7.1 surround sound.

The Razer ManO’War offers high fidelity gaming grade audio through lag-free 2.4 GHz wireless technology with a 12+2 meter range capability. Simply plug-and-play with the ultra-compact wireless USB adapter or use the included extension dock for the extended range of 14 meters.

Enhanced with the powerful Razer Surround engine, the immersive 7.1 channel virtual surround sound paired with the Razer ManO’War’s high-performance 50 mm Neodymium magnet drivers makes the battlefield around you come alive. Fully utilize the positional audio calibration feature to accurately pinpoint your enemies so you can get the jump on them before they do.

Jump over to the official Razer website to pre-order and full specifications.