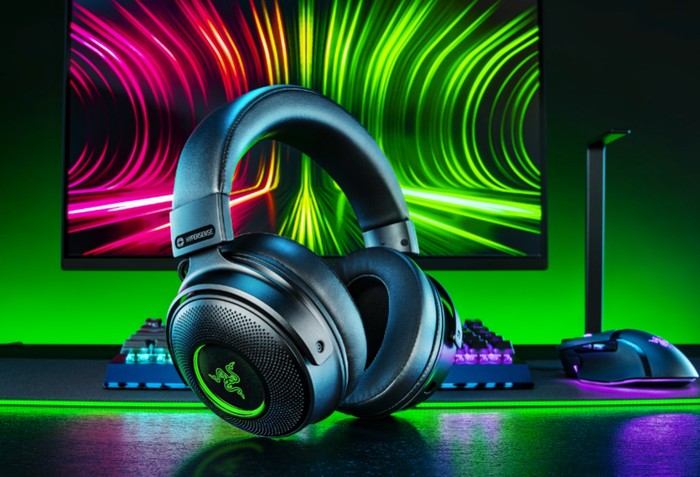 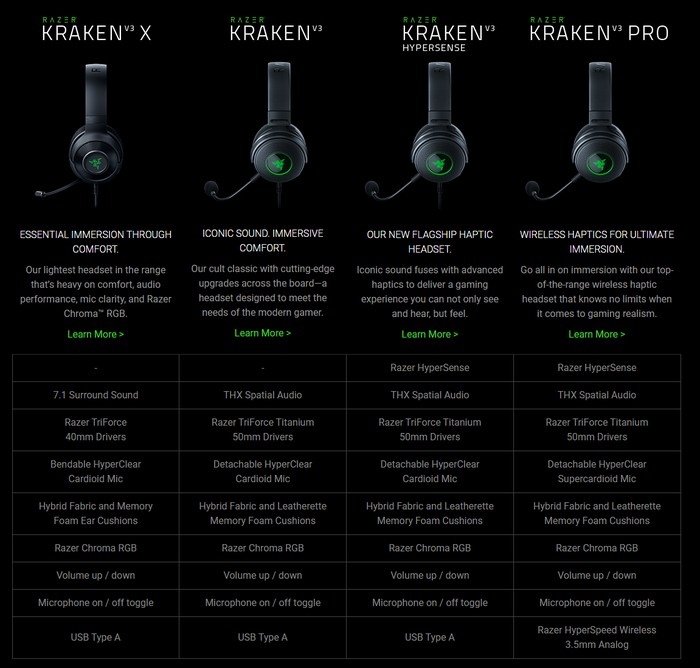 “Haptic effects flow between left and right earcups based on in-game positioning for greater spatial awareness and immersion. Intelligent audio processing that requires zero integration or additional downloads to work. Compatible across games, music, and movies. Easily adjust the haptics’ strength with an on-headset button that can toggle between off, low, medium, and high.”

“Backed by a legacy of immersive audio performance, the Razer Kraken returns to shake up the scene with its deepest evolution yet. Now armed with cutting-edge haptic technology, our latest models are designed to take your gaming immersion beyond convention, and have continued to improve upon the headset’s iconic reputation of providing truly lifelike sound.”