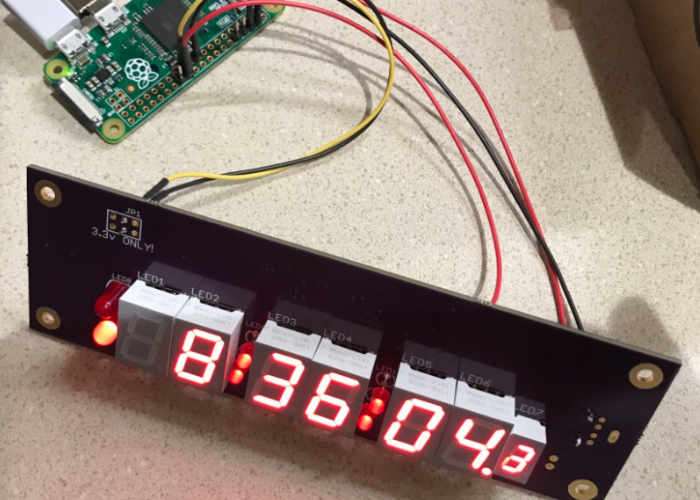 If you have now got your hands on your Raspberry Pi Zero W mini PC which launched earlier this year and now provides a mini PC equipped with both Bluetooth and wireless connectivity.

You may be interested in a new project which is being created by Nick Sayer and takes the form of the Raspberry Pi Zero W desk clock, and LED desk clock driven by NTP on a Pi Zero W.

When I was in college, I bought and built a Heathkit GC-1000 WWV clock. Since then, I’ve been somewhat interested in accurate time measurement. I recently designed a GPS driven clock, but sometimes your local WiFi reception is better than GPS (say, indoors). For those circumstances, a clock that gets time from NTP over WiFi would be preferable. The newly released Raspberry Pi Zero W makes this quite a bit simpler to achieve.

If you haven’t seen my GPS clock, it’s the starting point for this project. The Pi Zero W clock takes the GPS clock and lops off the microcontroller and GPS stuff. What’s left is the MAX6951 LED display controller. This chip is driven by SPI, which, quite conveniently, the Pi Zero supports rather easily.

Since I also already have a pile of 5V power supplies that terminate in 2.1mm barrel connectors, it’s a simple matter to keep the power jack on the board and just supply 5V to the Pi over the GPIO header. The Pi will simply boot up and run a small daemon to drive the SPI display to show the current time. The Pi will use NTP over WiFi in the usual manner to get time.