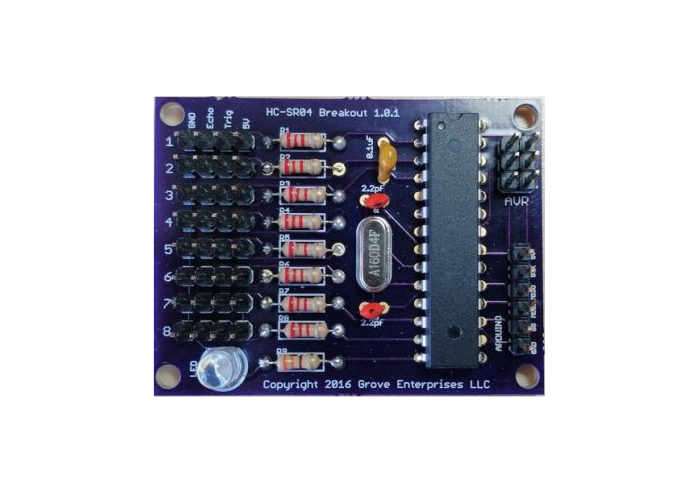 Andy Grove has published details of a new Ultrasonic Raspberry Pi Piano he has created which can be played using gestures, check out the video below to learn more and see it in action.

Using a Raspberry Pi mini PC together with inexpensive HC-SR04 ultrasonic sensors as inputs that then generate MIDI notes which can be played through a synthesiser on the Pi to output high quality sound.

The project also uses a basic form of gesture control, where the musical instrument can be changed by holding your hands over the two outermost sensors for a few seconds. Another gesture can be used to shut down the Raspberry Pi once you are finished.

The two videos attached to this step are early prototypes – one demonstrates a single instrument playing and the other demonstrates each sensor playing a different instrument.