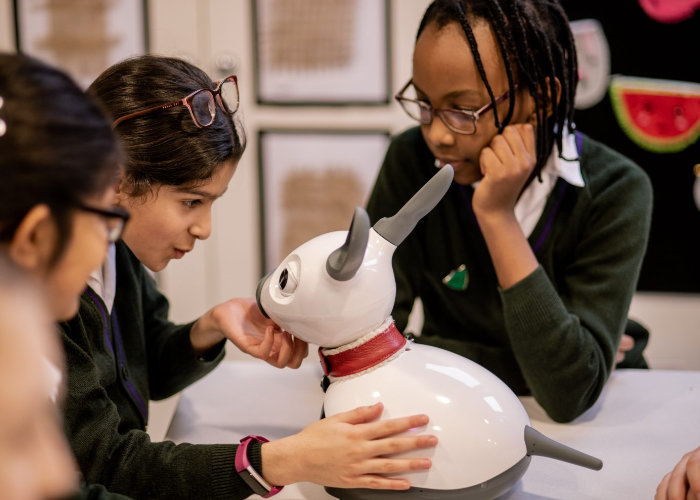 The MiRo-E Raspberry Pi robot has been created thanks to a collaboration between Sheffield Robotics, London-based SCA design studio, and Bristol Robotics Lab. The the robotic dog can now be powered by either the older Raspberry Pi 3B+ or the new more powerful Raspberry Pi 4, after originally being developed using a custom PCB. 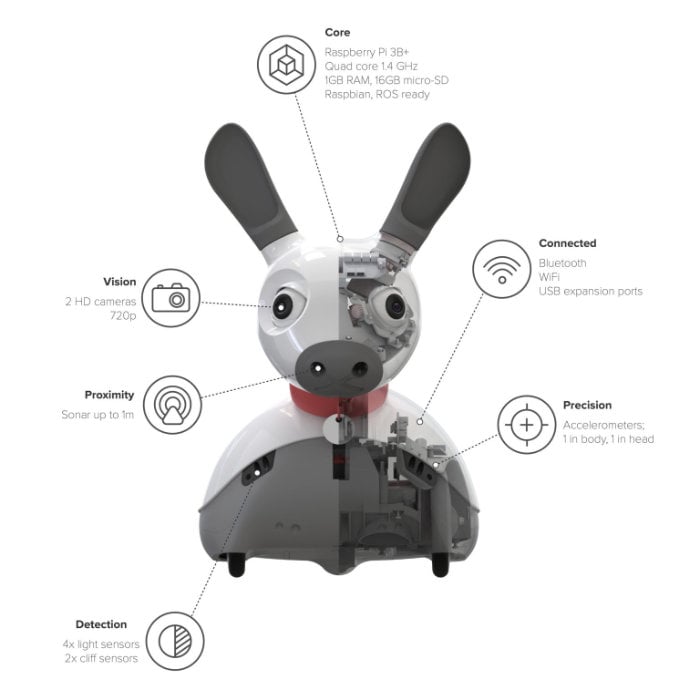 The MiRo-E robot started as a developers’ tool called the MiRo-B, but its creators have completely re-engineered MiRo’s mechatronics and software transforming it into an educational tool purely for the classroom environment.

“MiRo-E can see, hear, and interact with its environment, providing endless programming possibilities. It responds to human interaction, making it a fun, engaging way for students to learn coding skills. If you stroke it, it purrs, lights up, move its ears, and wags its tail. Making a sound or clapping makes MiRo move towards you, or away if it is alarmed. And it especially likes movement, following you around like a real, loyal canine friend. These functionalities are just the basic starting point, however: students can make MiRo do much more once they start tinkering with their programmable pet. 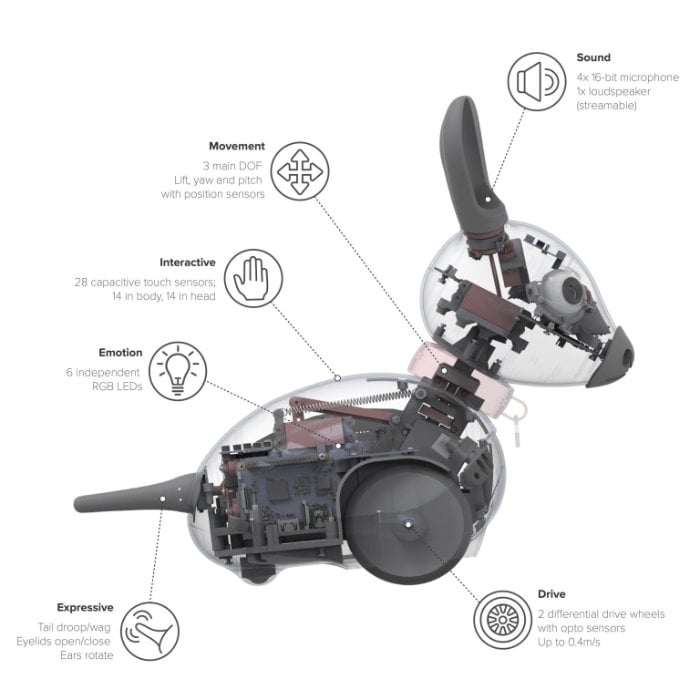 These opportunities are provided on MiRoCode, a user-friendly web-based coding interface, where students can run through lesson plans and experiment with new ideas. They can test code on a virtual MiRo-E to create new skills that can be applied to a real-life MiRo-E.”

More information on the Raspberry Pi robot jump over to the official Raspberry Pi blog by following the link below.