If you enjoy programming and creating projects on your Raspberry Pi mini PC and are looking for a smaller more convenient screen to use with your system. You might be interested in a new Raspberry Pi PiTouch HDMI multitouch monitor which is launched over on the Indiegogo crowd funding website and is now looking for funds to make the jump from concept to reality. 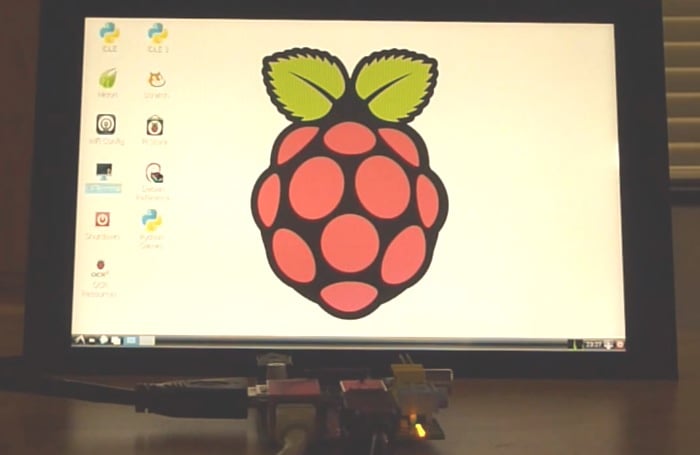 The PiTouch HDMI multitouch monitor has been designed to be inexpensive and has been designed for projects that might require a graphical touch interface. Its creator explains a little more about the development of the screen.

This project originated from an LCD touchscreen kit that I was working on. Originally it wasn’t going to have a case, because it seemed too hard to design an inexpensive stand (in terms of injection molding tooling charges), and what good is a monitor without a stand?

But after seeing the Microsoft Surface’s kickstand, it seemed like a good direction to go. So I spent a few days in Solidworks modelling up a case and kickstand, and got it 3-D printed on an Objet printer. After a few coats of lacquer & clearcoat and mounting all the connectors & switches, the case prototype was done. Next was the LCD – Currently the demo setup uses a Realtek-based HDMI to LVDS converter board to interface with the LCD.

Finally the touchscreen – The FFC connector on the touch controller PCB was adapted to a USB cable using a breakout board. Currently, I am working on the schematics so that the PCB will be fully tested & debugged by the time the funding campaign is over.

The PiTouch HDMI multitouch monitor project is currently over on the Indiegogo website looking to raise enough pledges to make the jump from concept to production. So if you think the PiTouch is something you could benefit from, visit the Indiegogo website now to make a pledge and help PiTouch monitor become a reality. If you liked this you might also be interested in our essential guide to Raspberry Pi displays and HATS.