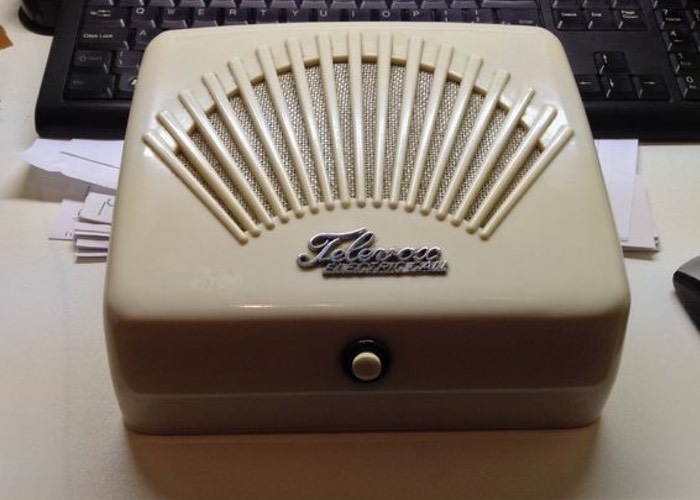 Anyone who has wanted to build a very own virtual helper might be interested in a project that has been published over on the Instructables website by user Janw that shows you how to make a Raspberry Pi personal assistant.

The project to create the Raspberry Pi personal assistant was inspired when its creator found half of a 1950s bakelite Televox intercom, which has now been modified and refitted to provide a very unique and retro styling to the project.

Watch the video below to see how the Raspberry Pi personal assistant is able to answer your questions in a Siri style way using a Raspberry pi model B with Raspian Wheezy operating system installed.

“Last summer, in a small store, I found half of a 1950s bakelite Televox intercom . I thought that it would make a nice cast for a project and I bought it as it only cost $9. It sat on a shelf until I bought my first raspberry pi. After I had played with the pi for some days, I was struck by the idea that the intercom would be ideal in combination with the pi, to build a voice controlled device.

Because of the intercom, the idea came that it would be funny to use the intercom for what it was intended: contacting your personal assistant to get information or to give him/her a task. The only difference is that this intercom isn’t connected to its other half but to the raspberry pi. And that there is no real person on the other side, but a smart little computer that can do a lot of the same things as that real person.”

For more information on the new Raspberry Pi personal assistant jump over to the Insructables website for details.