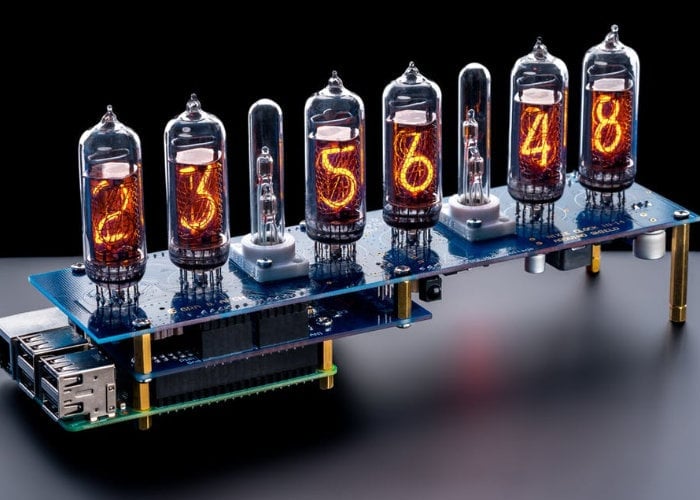 “On the GitHub is available software for Raspberry Pi, which works as a console application and can take the parameters of the command line to display information obtained through your or from any other application, for example, from a Python script. This feature is very important for those who want to easily add their own functionality, for example, for use in quest rooms, or for creating various timers and counters.”

“That is, this adapter allows you to use the shield not only as a clock, display that allows you to display numerical information (for 8C version and other characters of the Greek alphabet on the last Nixie tube). The set of characters may vary depending on the installed tube: IN-19A, IN-19B and IN-19V.” 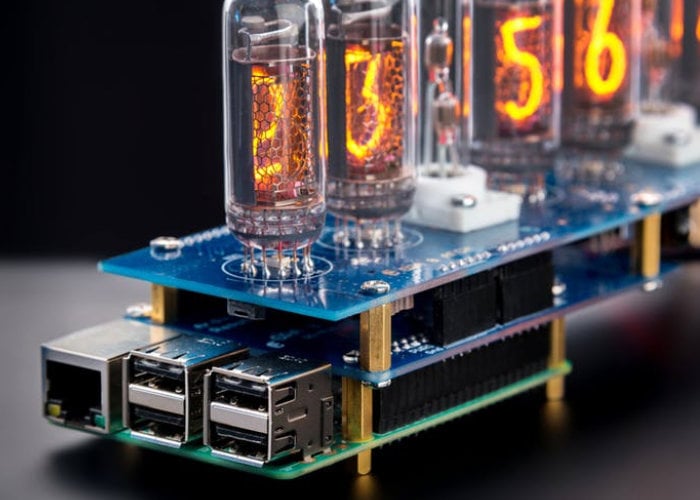 – Automatic time synchronization via the Internet (from NTP servers).
– Use your MP3 ringtones or even internet radio as a ringtone for an alarm clock.
– Remote control not only through Wi-Fi, but even through the Internet, for example from a mobile phone.
– Obtaining weather data via the Internet (temperature, pressure, humidity, precipitation).
– The possibility of creating a talking clock, voicing the time and for example the temperature every hour.

More details and full instructions on creating your very own Raspberry Pi Nixie Clock jump over to the Hackster.io website by following the link below.