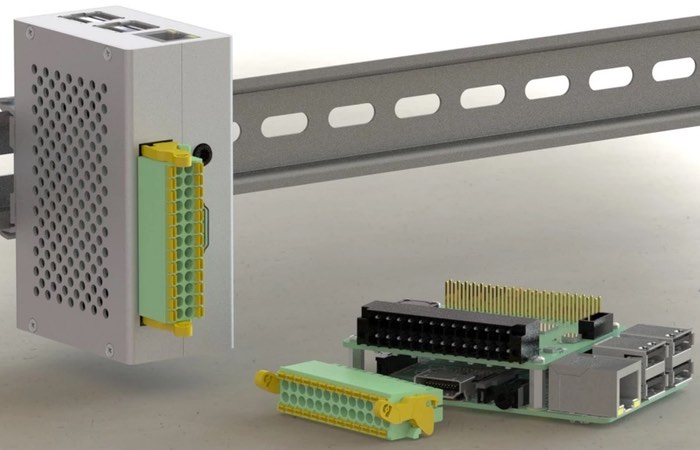 Raspberry Pi enthusiasts looking for a Raspberry Pi industrial interface may be interested in a new system called the Monarco HAT which has been specifically designed as a Raspberry Pi HAT.

Check out the video below to learn more about the new Monarco HAT monitoring, archiving and control board which is taken to the Indiegogo crowdfunding website to raise the required €10,000 it needs to go into production.

Our journey with Raspberry Pi started the day it was introduced to the market. As a company focused on advanced automation and control solutions, we strongly believe in the power of fine-tuned control algorithms and the importance of minimizing their computational demands. So wouldn’t it be nice to demonstrate what we can squeeze out of the Raspberry Pi? Yes it would!

We started using the Raspberry Pi as a demonstration platform and as an experimental gadget for students of automation and control system theory. Later on also as a programmable controller for several hobby and DIY projects. Slowly but inevitably we started to think about using it also in industrial applications. We have been so excited about its potential however we have faced several problems:

– 5 VDC power supply is not very common in industrial automation, not mentioning the microUSB power supply connector.
– There was no enclosure nor DIN-rail mount for the Raspberry Pi available.
– There were no add-on boards with analog inputs and outputs to interface with standard industrial sensors and devices.

For more information on the new Monarco HAT jump over to the Indiegogo website for details following the link below. If you enjoy building Pi projects you might be interested in our comprehensive list of Raspberry Pi displays, HATS and small screens.