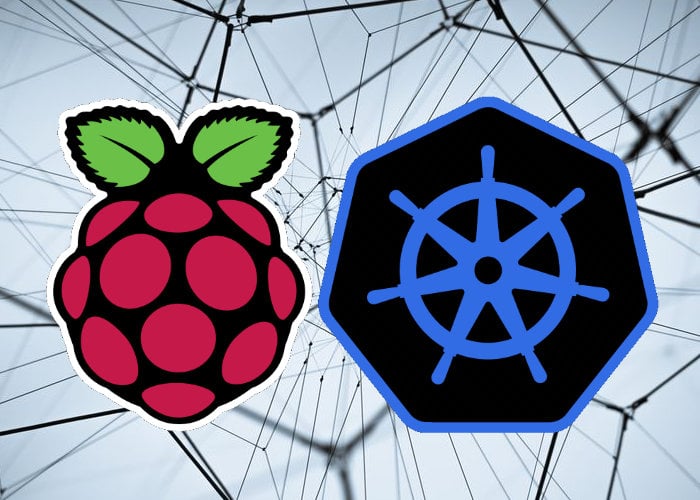 Hackster.io member Krishnaraj Varma has published a great Raspberry Pi Kubernetes project with an intermediate skill level and 60 minutes build time. Using a Raspberry Pi 3 and the Raspbian operating system preloaded on a 16 GB microSD card the project takes you through the step-by-step process of creating your very own Raspberry Pi cluster as well as installing the Kubernetes dashboard for monitoring the cluster. I have also embedded a quick video to explain more about the Raspberry Pi Kubernetes clusters if your are a beginner.

“Edge computing is one of the indispensable technology nowadays. Edge computing enables the processing of data physically nearer to the devices that generate the data. Edge computing increases the speed at which data is processed and also reduces the load on the server. There are many commercial edge processing devices out there specifically made for this purpose only.

Kubernetes is a production-grade orchestration software for containerized applications. Kubernetes has quickly become a key component of Edge computing. Kubernetes is initially developed by Google and later donated to the Open Source community. It is CNCF graduated software and widely used in diverse production environments.

When we think about and Open Source and inexpensive hardware for edge computing, Raspberry Pi is one of the best choices we have. Raspberry Pi has decent computing power and also widely supported. Even though Raspberry Pi is great, installing Kubernetes and running on it seamlessly faces many challenges. Kubernetes is a massive software component and commonly run on server environments. For Edge devices, we need a lightweight Kubernetes distribution. We have many choices like KubeEdge, MicroK8s, K3S, etc… Among this, K3S is recently released and got huge attention. It is a lightweight and certified Kubernetes distribution and can run on many low-end devices like Raspberry Pi. For this article, we are going to use K3S. We will explore KudeEge and MicroK8s later.”

To learn more about the project and build your very own Raspberry Pi Kubernetes cluster of mini PC machines jump over to the Hackster.io website by following the link below.