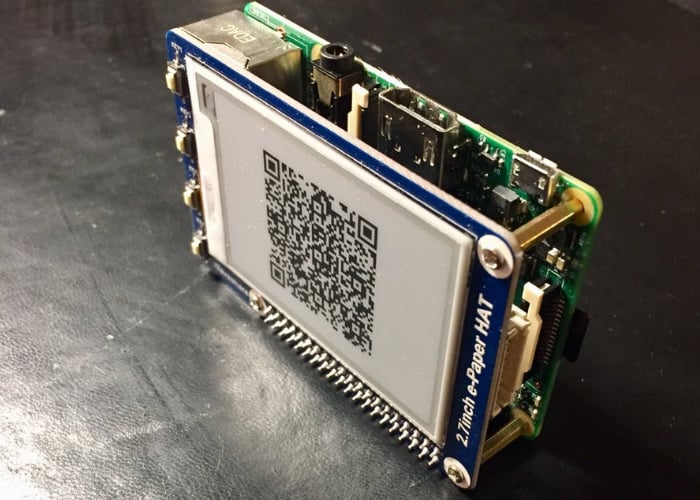 Raspberry Pi enthusiasts searching for a new project to keep them busy this weekend may be interested in this new Raspberry Pi IOTA payment provider project created by Hackster.io member “huhn”. Project explains how you can create a basic set up using an IOTA address from a Raspberry Pi 3 Model B+ to a 2.7inch e-Paper HAT display. The addresses get generated by an NodeJS module, which acts as a Wallet and runs on the Raspberry Pi. Users can pay with their Trinity Wallet and see the payment status on the display. IOTA enables companies to explore new B2B models by making every tech resource a potential service to be traded on an open market in real time, with no fees. A derivation of the blockchain technology, IOTA is an innovative distributed ledger technology to function as the backbone of the IoT.

“There are so many ideas to build something with IOTA, but it’s hard to start with development and even harder to handle the IOTA payment process. You need to know so many IOTA released things and setup a lot of stuff to have a good user experience with payments within the Tangle. We build an IOTA payment module in Javascript for NodeJS applications, which cares about all things at IOTA payments.”

“You can add this module with NPM and power up your NodeJS application with few lines of code into an IOTA payment provider. This is a tutorial where we demonstrate the module and combine it with some hardware. The Raspberry PI cares about the payments and shows the status on a e-ink display on it’s top. You can use the resources to build your own idea with the module. Happy Hacking! The npm module is in a very early stage, so please report Bugs, or Feedback as an issue. Thanks!”

For more information on the Raspberry Pi project jump over to the Hackster.io website by following the link below.