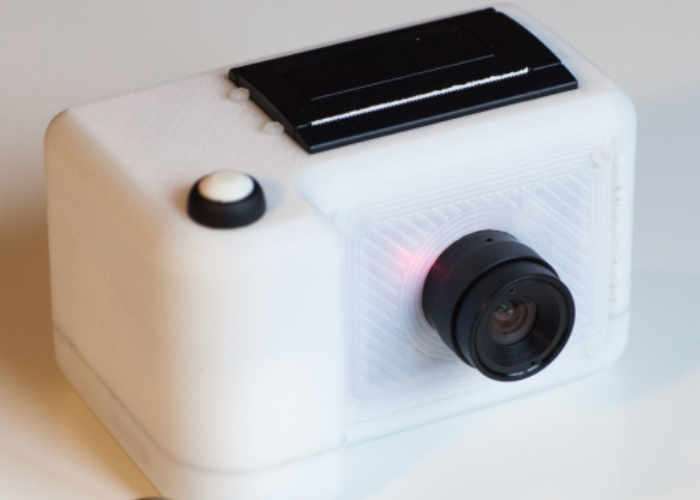 Pierre Muth has combined the Raspberry Pi Zero mini PC together with a Nano Thermal Receipt Printer which is available to purchase for $45 from Adafruit, to create the awesome PolaPi-Zero instant camera.

Taking inspiration from larger Polaroid cameras the PolaPi-Zero, is equipped with a small LCD screen and a simple press of the button will print your photo instantly using the thermal printer. Watch the video below to learn more and see it demonstrated.

If you fancy building your very own PolaPi-Zero Raspberry Pi Zero powered instant camera jump over to the Hack A Day website where Pierre has listed everything you need together with full instructions and diagrams to create your very own. Pierre explains a little more about the Pi instant camera and thermal printer used.

First of all, the pinter. The Adafruit nano printer, despite it’s smaller than the regular one, it has a serial CTS pin. This means we can prevent the internal buffer overrun. However I still used the small windows program to increase the serial speed from 9600 bauds to 115200.

The little Sharp memory-LCD is perfectly visible on sunlight, and as the printer do, displays only black or white pixel. It needs a small SMD FFC-10P 0.5mm adapter and connector. It uses SPI but with an inverted logic for the chip select, that’s why another GPIO is used.

I oversized the powering I suppose, but the printer can take quite a lot of current. Mainly because I recycled the parts, I used a 3A 5V regulator and a 2S lipo battery. For the moment I use a separate specialized balance charger.
The switch I had to turn it on and off has a little led inside. I reused it in place of the activity led of the raspberry pi zero. The on board led is de-soldered and rewired to the swith one.

For more information on the new PolaPi-Zero jump over to the Hackaday website for details by following the link below.