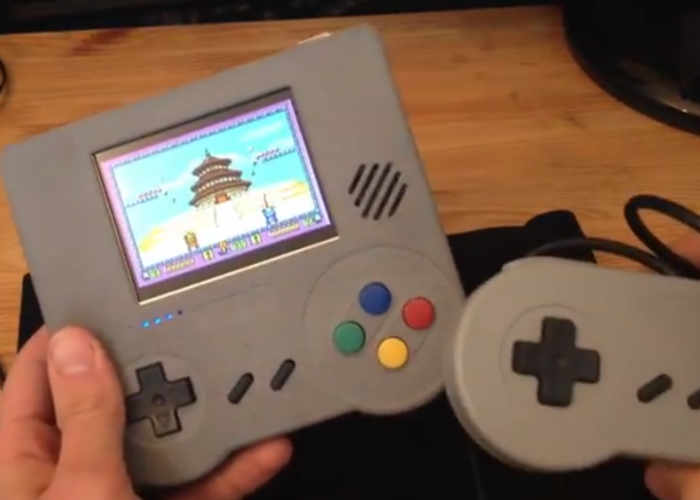 If you have toyed with the idea of building your very own retro Raspberry Pi powered handheld games console, but have not yet quite got round to it. You might be interested in a new electronics kit which has been created by Pierre-Louis Boyer based in Paris that provides you with everything you need to easily construct your portable Raspberry Pi emulator games console.

The Raspi Boy electronics kit provides you with everything you need to build your very own retro emulation console and has this week taken to Kickstarter to raise the €50,000 the campaign requires to go into production.

Watch the promotional video below to learn more about the components, design and functionality of this Raspberry Pi emulation console which is available to back with pledges starting from just €49.

Some recent games might have brought back to you some old nice memories and you would like to carry all your old favorite video games in your pocket? 8B Craft is proud to present you the RaspiBoy, the handheld game console that will enable you to rediscover those old games alone or with your friends !

RaspiBoy is a handheld emulation console based on raspberry pi zero. The idea came when I saw on internet projects of “GameBoyZero”, awesome raspberry pi based consoles. I was amazed, but it looked pretty difficult to build one, it was a 3 months work and over 100€ for all components! And last, you need an old gameboy to rip open. RaspiBoy is conceived such that everything fits together perfectly and the build is a 5 minutes task without soldering!

Jump over to Kickstarter for more details and full specifications of everything that is included in the Raspi Boy kit.