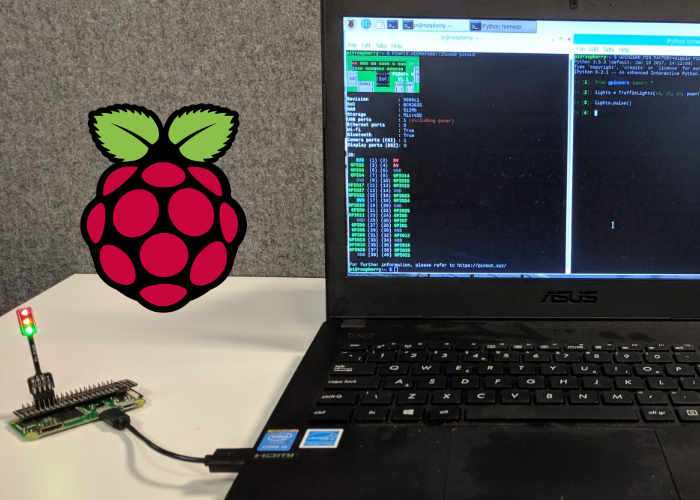 The official Raspberry Pi Foundation has this week announced the release of new GPIO expander software which has been created to provide easy access to the GPIO pins of a Raspberry Pi Zero while running Debian Stretch on a PC or Mac. Once installed users can easily access a Pi Zero’s GPIO pins from your x86 laptop without using SSH, and you can also take advantage of your x86 computer’s processing power in your physical computing projects, says the Pi Foundation explain a little more.

Running our x86 Stretch distribution on a PC or Mac, whether installed on the hard drive or as a live image, is a great way of taking advantage of a well controlled and simple Linux distribution without the need for a Raspberry Pi. The downside of not using a Pi, however, is that there aren’t any GPIO pins with which your Scratch or Python programs could communicate. This is a shame, because it means you are limited in your physical computing projects.

I was thinking about this while playing around with the Pi Zero’s USB booting capabilities, having seen people employ the Linux gadget USB mode to use the Pi Zero as an Ethernet device. It struck me that, using the udev subsystem, we could create a simple GUI application that automatically pops up when you plug a Pi Zero into your computer’s USB port. Then the Pi Zero could be programmed to turn into an Ethernet-connected computer running pigpio to provide you with remote GPIO pins.

So we went ahead and built this GPIO expander application, and your PC or Mac can now have GPIO pins which are accessible through Scratch or the GPIO Zero Python library. Note that you can only use this tool to access the Pi Zero.
You can also install the application on the Raspberry Pi. Theoretically, you could connect a number of Pi Zeros to a single Pi and (without a USB hub) use a maximum of 140 pins!

To download and install the official Raspberry Pi GPIO expander software jump over to the Raspberry Pi Blog by following the link below to read the article published by  Gordon Hollingworth.