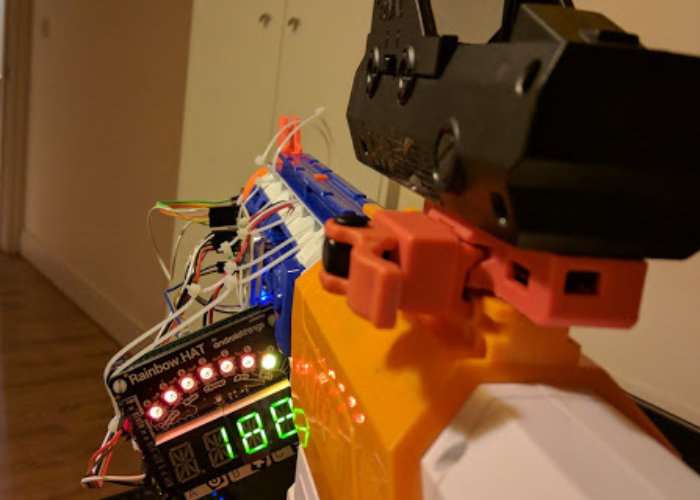 Nerf gun combatants searching for an edge against their opponents, might be interested in a new Raspberry Pi modification which adds a rangefinder and ammo counter using the Rainbow Hat from Pimoroni.

Check out the video below to learn more about this cool Raspberry Pi mod which is sure to make your Nerf Gun accuracy even more deadly thanks to the addition of a Raspberry Pi Zero.

Because ammo counters are cool and range finders are also pretty cool and Nerf is cool – mix them together and its ice cold. I had the idea for this a while back but have only now just decided to build, with the release of the awesome Rainbow Hat from Pimoroni. This would give me the display needed for the range in CM and a clear display for the ammo counter itself.

For full instructions on how to create your very own Raspberry Pi enhanced Nerf gun jump over to the creator’s website via the link below. If you enjoy building Pi projects you might be interested in our comprehensive list of Raspberry Pi displays, HATS and small screens.