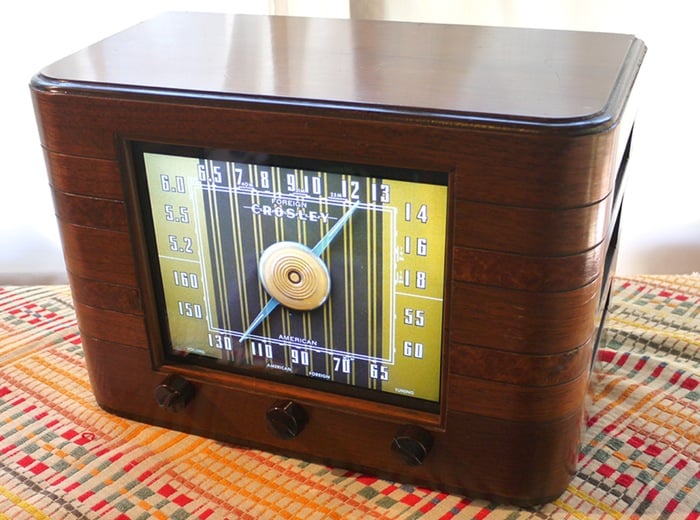 Makers and developers that are looking for a new Raspberry Pi project to keep them busy for a few weekends, might be interested in this awesome Raspberry Pi radio which has combined the awesome $35 mini PC with a 1942 Crosley Radio.

The modern take on the classic radio system has been created by Andy Felong who has cut away the front face of the radio to reveal a iPad touchscreen display.

Andy explains a little more and how he has created the system which is all powered by a small Raspberry Pi computer.

“A while back, I saw a picture online of a restored antique radio that caught my attention. The accompanying post described the process of restoration. I’m not into radio restorations but I think the old wood radio cases are very “cool”. I also recently contributed to a Kickstarter project for HDMIPi, an “affordable 9 inch High-Def screen for the Raspberry Pi”. I though that I might place the screen and R-Pi inside an old radio case.

After looking on eBay and craigslist, I could not find a suitable enclosure for the HDMIPi and paper mockups showed the screen to be a bit small at a distance. I used my old original iPad as a test device for measurements and viewing. I liked the viewing and pixel size of this its screen.

Well, the HDMIPi was going to be slow in coming (still is) and I saw (fairly) inexpensive 1024 X 768 iPad displays and driver boards on eBay. I also found a old 1942 Crosley radio case that had a front cut-out that was very close to the iPad screen size. The radio portion was not fixable so the case was reasonably “priced”. I bid on it … and won. I then had yet another project demanding time” 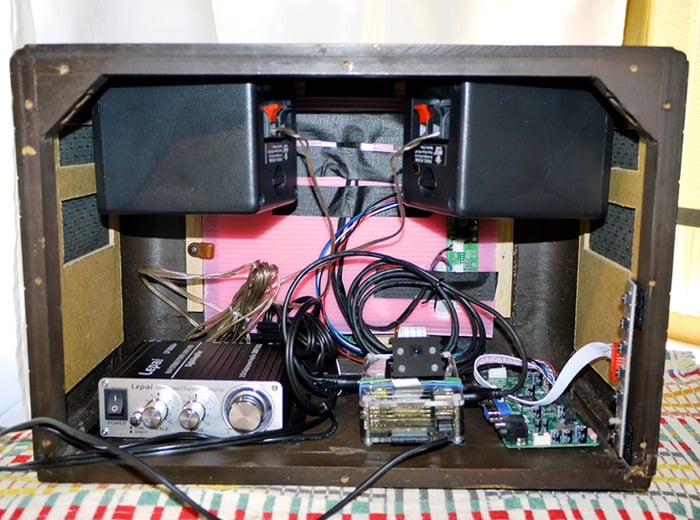